Months of below-average rainfall have conspired to produce the worst drought in Vietnam in the best part of 100 years. It has been reported that the Mekong River is at its lowest level since 1926.

The ongoing El Nino weather pattern is thought to be the main cause of the lack of rainfall affecting the country.

Vietnam is not alone in suffering drought. Neighbouring Cambodia, and Laos, as well as Thailand and Myanmar, have been experiencing water shortages as a result of the weather phenomenon.

Vietnam’s need for water is partly driven by its high reliance on agriculture as a source of income. The country is the world’s second largest producer of coffee and rice, both high users of water. In addition, coffee is vulnerable to frosts and cold weather. In both 2013 and 2014 severe cold reduced the yield of the coffee crop.

The Mekong Delta has been worst affected by the lack of rainfall. The area has 2.2 million hectares of arable land. According to Le Anh Tuan, professor of climate change at Can Tho University, as much as 40 to 50 percent of this land has been hit by salinisation.

As water availability decreases, salinity from irrigation tends to increase. All water contains dissolved salts; when plants have absorbed the water, they leave behind the salts which accumulate. Over time, increasing salinity makes it difficult for plants to absorb soil moisture, and these salts can only be removed by the roots of the plants by the application of additional water.

“We do not have any specific measures to mitigate the situation,” Tuan told the AFP news agency. He added that residents had been asked to save water for domestic rather than agricultural use.

The country’s government has announced the equivalent of $3.8m of financial assistance for affected areas.

In the Delta’s Tien Giang Province, an additional 141 public taps have been installed to provide water for up to 9,000 households affected by drought and salinisation during the dry season, which usually persists until April. 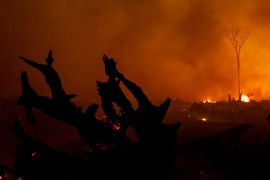 El Nino strengthens its grip on the globe

State of emergency in five countries as a result of weather phenomenon. 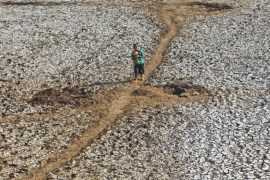 As some southern regions experience drought for six months now, farmers rely on government to buy food and water.