Israeli forces have shot and killed two Palestinian teenagers during an alleged stabbing in the occupied West Bank, as tit-for-tat violence and months of escalated tensions continue.

The two were shot dead while infiltrating Eli, a Jewish-only settlement in the central West Bank, and allegedly wounding a settler in a stabbing incident, the Israeli army said in a statement.

“Two assailants infiltrated the community of Eli, south of Nablus. They attacked a man outside his home,” the army said in a statement. “Forces arrived … [and] shot the attackers resulting in their death.”

According to a report by the Palestinian Ma’an News Agency, the boys, both 17, were Labeeb Azzam and Muhammad Zaghlawan from the nearby village of Qaryot.

Since October 1, Israeli forces or settlers have killed 186 Palestinians, including unarmed demonstrators, bystanders and attackers.

Wednesday’s incident came only a day after Israeli troops shot dead 22-year-old Eyad Omar Sajadiya, a Palestinian resident of the West Bank’s Qalandiya refugee camp, during clashes sparked by an incursion into the camp.

Another 10 were injured during the clashes.

Upwards of half-a-million Israelis live in more than 150 Jewish-only settlements across the occupied West Bank, including East Jerusalem, according to the Israeli rights group B’Tselem. 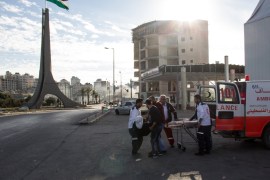 Amid a wave of violence in Israel and Palestine, dozens of medics have been injured while trying to save others. 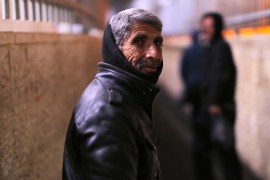 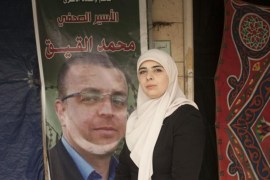 Qeeq conducted 94-day hunger strike in protest against the conditions of his detention by Israeli authorities.