At least 19 Egyptians were killed when their bus overturned in Saudi Arabia, officials said.

Red Crescent spokesman Khaled al-Sahli said the crash took place early on Saturday on a highway linking the two Saudi holy cities of Medina and Mecca. At least 22 people were injured, he said.

An official with the Egyptian foreign ministry, Hisham al-Naqeeb, told the MENA news agency that the bus was carrying 44 Egyptians.

He said the bodies of the dead were transferred to different hospitals in the city of Medina.

Nawaf al-Mohammad, chief of the Medina traffic department, told Saudi online newspaper Sabq that the driver of the vehicle may have fallen asleep.

The pilgrims were on their way to Medina, about 400km from Mecca, according to the official.

The accident came a day after at least 14 Palestinian pilgrims en route to Mecca died in a bus crash in southern Jordannear the Saudi border. 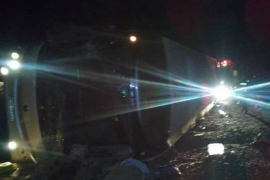 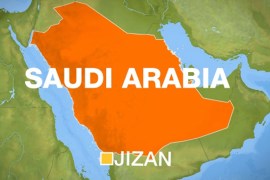