Mohammed Rashid al-Ajami was sentenced to life in prison on November 29, 2011, for insulting the Emir of Qatar Hamad bin Khalifa Al Thani and spreading incendiary material.

He was arrested in 2011 after the publication of his “Jasmine poem”, which was critical of governments across the Gulf region following the uprisings of the Arab Spring.

In 2013, Ajami was granted an appeal after his jail term was reduced to 15 years, but his sentence was upheld by Qatar’s highest court. His only recourse was to appeal to Qatar’s current emir for clemency.

The United Nation’s Office of the High Commissioner for Human Rights confirmed to the Associated Press news agency that Ajami had been released. 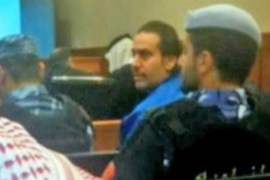