Dhaka, Bangladesh – The central bank governor resigned on Tuesday after hackers allegedly stole $81m of government money from a US account and he failed to inform the finance minister about the massive cyber-heist.

Central Bank Governor Atiur Rahman told reporters he was “ready to resign from my post for the sake of the country”.

The US Federal Reserve Bank in New York transferred $81m from Bangladesh’s bank account on February 4 into the accounts of four men in the Philippines, after receiving what appeared to be legitimate transfer orders.

The transfer of another $20m to a Sri Lankan bank was stopped after a routing bank became suspicious of a spelling mistake and sought clarification from Bangladesh Bank, officials said.

The hackers are reported to have sent dozens more false vouchers to the US Federal Reserve Bank, which could have resulted in the transfer of about $950m from the Bangladesh account.

The governor has been strongly criticised in recent days for failing to inform the finance minister about the huge loss, which only came to light following news reports in the Philippines – one month after the money was illegally transferred.

READ MORE: Bangladesh to sue US bank over $100m lost to hackers

“I am very unhappy about the handling of the matter by Bangladesh Bank – very incompetent,” Finance Minister Abul Maal Abdul Muhith said on Sunday.

Bangladesh’s government said last week it will sue the Federal Reserve Bank of New York for failing to prevent the theft.

But the bank announced on its Twitter account that “there is no evidence of attempts to penetrate Federal Reserve systems and no evidence Fed systems were compromised”.

Subhankar Saha, an executive director at the Bangladesh Bank, told Al Jazeera the governor resigned because “some sort of mistake was done, and some people had accused the central bank for being responsible.

“New cyber-attacks are happening, new types of viruses are being created, but what we can say is we have already strengthened our systems and instructed all commercial banks of the country to take measures to make their systems more robust and strong,” Saha said.

He refused to comment when asked if Bangladesh Bank officials may have assisted the hackers, saying an ongoing investigation “is keeping in mind whether inside people were or were not involved”.

Rahman was only last year named central bank governor of the year for Asia by a financial newspaper to much acclaim in Bangladesh.

Fazle Kabir, a former finance ministry bureaucrat, and current chairman of a state-owned bank, has been named as his replacement. 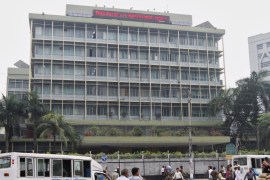 Bangladesh to sue US bank over $100m lost to hackers 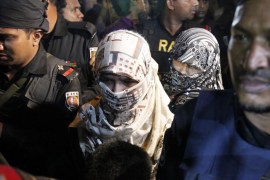