Kabul – More than 200,000 Afghans have left their country in pursuit of a better life. But upon arriving in Europe, many of them are left disappointed.

Faced with a cold welcome and the hardships of living in a foreign land, some are accepting cash incentives to return to Afghanistan.

Ismail Usofzi, who spent five months and more than $7,500 getting to Germany, is one of them.

“They gave me a document and it was written in red that I could be subjected to deportation and there were no guarantees of a bright future for me,” Usofzi told Al Jazeera.

He said he paid $7,500 to smugglers and went to Germany for the future of his family.

“It said it could take years for me to be accepted into society,” Usofzi said.

He said he could not find work and could not get permission for his wife and three children to join him.

In the end, he accepted a payment of $2,000 from the German government to leave and return home. 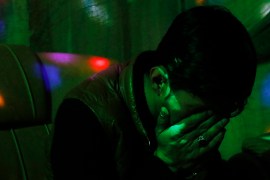