At least three refugees from Afghanistan have drowned while trying to reach Macedonia from Greece via a river, as they struggled with the alternative route following the closure of the main border.

The bodies of the victims were pulled out the Suva Reka river, which was swollen by rain, early on Monday.

Macedonia state news said they had drowned “in the icy waters” having “crossed into our territory, finding a spot where the [razor wire border] fence ends”.

About 23 others were later rescued from the river, and placed in a local refugee camp.

They were among more than 1,000 people who attempted to march to Macedonia using alternative routes in recent days, after the Balkan nation effectively blocked large numbers from continuing their journey on February 21 by imposing strict restrictions.

On Tuesday, Toni Angelovski, Macedonia’s interior ministry spokesman, told the AP news agency that the refugees “have been returned to Greece”, but did not elaborate.

Images from the border on Monday showed hundreds of refugees form a human chain as they helped others to cross the narrow river stream.

Macedonian officials said on Tuesday that about 700 refugees and migrants were sent back to Greece on trucks.

Ljubinka Brasnarska, UN refugee agency (UNHCR) field officer for Macedonia, was at the scene where the three refugees drowned.

“I was there when they [Macedonian authorities] were taking out the third body,” she told Al Jazeera on Tuesday, adding that the victims were from the same family – two sisters and one of their husbands.

A surviving relative told officials that one of the sisters was pregnant. It is not known exactly when the three attempted the crossing.

“What is happening is that people in Idomeni are in really deep despair,” added Brashnarska, referring to the Greek town where thousands of refugees have massed, hoping to cross into Macedonia on their way through to northern Europe.

“They [refugees] are very frustrated, they are really desperate and fearful that they have come this far and will never be able to move on. That despair makes them do desperate things, like crossing a river that has a level. Many tried to cross. Some got stuck, some were carried by the water.”

“In order to stop irregular crossings, countries need to provide legal pathways … People will not just stand still. They will want to cross,” she said.

Jesper Frovin Jensen, emergency coordinator for the UN agency for children (UNICEF), said the situation in Macedonia on Tuesday had eased, with border police manning the dangerous crossing.

The level of water in the stream had also dropped, he said.

The number of families arriving has risen since the start of the year, he said, while the number of single men had dropped.

“We call upon everyone to ensure children have the best health possible, even if it is an abnormal situation for them [host countries].”

Children were especially at risk, as most do not arrive with suitable clothing for cold European weather, which on Monday in Macedonia dropped to four degrees.

“First and foremost, they [children] need to be provided with better [living] conditions,” he said.

Border restrictions implemented on February 21 by Macedonian authorities included a crackdown on crossings by refugees from Afghanistan – a country where civilian casualties reached a record 11,000 in 2015.

That move created a build-up of refugees in Greece where more continue to arrive each day.

In the past few weeks, the border area has become severely overcrowded, with people forced to camp in cold, wet conditions at Idomeni – where at least 12,000 are now stranded.

As the refugee crisis intensifies, rights organisations have called for unity within Europe, with many warning of a looming humanitarian crisis on the continent amid border closures.

“These deaths are just the latest in a series of tragedies resulting from the failure to open land borders to asylum seekers,” he said.

Nearly 500 refugees have died while making the perilous journey to Europe across the Mediterranean so far this year, as ongoing conflicts spur a massive jump in the number of arrivals.

With 3,771 deaths, 2015 was the deadliest year on record for migrants and refugees crossing the Mediterranean trying to reach Europe, the IOM has said. By comparison, 3,279 deaths were recorded in the Mediterranean in 2014. 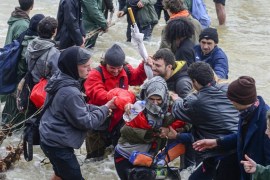 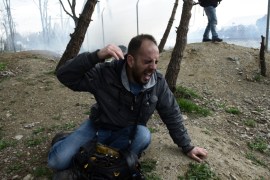 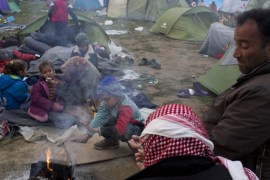