US Secretary of State John Kerry said violence in Syria had reduced “by 80 to 90 percent” since a UN-sponsored ceasefire came into effect, adding that peace talks should go ahead despite truce violations.

Speaking from Riyadh on Saturday after meeting with his Saudi counterpart, Kerry said Russian and US monitors would meet in Amman and Geneva later on Saturday to try to further stem the fighting in Syria.

“By all accounts [violence] has been reduced by 80 to 90 percent, which is very, very significant. And what we want to do is continue to work to reduce these,” Kerry said.

Kerry also said he planned to request a call with his Russian opposite number, Sergei Lavrov.

“We’ve made it very, very clear that the regime of President Bashar al-Assad cannot use this [Geneva peace] process as a way to exploit the situation, when others are trying in good faith to abide by it. And there is a limit to the patience with respect to that,” he added.

Syria’s main opposition bloc, the Higher Negotiations Committee, said it would attend the peace talks in the Swiss capital, which are scheduled for Monday, but accused Assad of preparing to escalate the war to strengthen his negotiating position.

WATCH: Has the world betrayed Syria?

Since the ceasefire started on February 27, the government and its opponents have traded tit-for-tat accusations of breaches.

Rebel groups say government forces and their Russian allies have continued to target areas where neither the al-Nusra Front nor the Islamic State of Iraq and the Levant (ISIL, also known as ISIS) are present.

ISIL and al-Nusra were not party to the ceasefire, and military operations against them have continued.

The UN has said that it and its partners have sent 536 trucks filled with aid to nearly 240,000 people, and that relief supplies have reached 18 besieged areas since the ceasefire began.

The war, now in its sixth year, has killed more than 250,000 people and forced millions from the country. 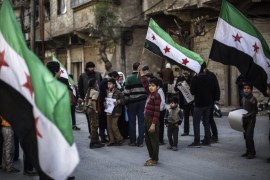 UN envoy de Mistura says vote should be held by September 2017 as opposition says it will attend March 14 peace talks. 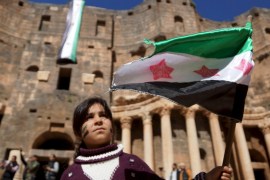