Japan is marking the fifth anniversary of the tsunami and earthquake disaster that killed more than 18,000 people, destroyed communities along the country’s northeast coast and triggered nuclear contamination.

The country held a moment of silence on Friday for the victims five years after the 9.0-magnitude earthquake sparked the devastating tsunami.

In the town of Minamisanriku, some people, including tourists, offered prayers near the remnants of the disaster prevention centre, where 43 workers died as tsunami waves engulfed the three-story building.

Masaki Kamei, a doctor from Tokyo who has been visiting disaster-hit areas every year, noted signs that life was significantly turning back to normal with increased rebuilding.

“What’s different this year compared with last year is fishermen have already gone out fishing by dawn … and towns are already bustling about going on with their business,” he said. “There is an expression: the hammering sound of reconstruction. That’s how I feel, I sense the emphasis has shifted.”

On the eve of the anniversary, Prime Minister Shinzo Abe pledged to bolster reconstruction efforts before the 2020 Tokyo Olympic Games.

He promised to expedite decontamination work in irradiated areas near the tsunami-hit Fukushima nuclear plant to allow more residents to return home safely. He also set ambitious goals to reopen a damaged coastal railway in Fukushima by 2020 and triple tourism in the north.

“We plan to secure an ample budget to launch support measures to help disaster-hit areas stand on their feet again,” Abe said.

He pledged to reopen the Joban railway line, part of which is in the highly contaminated no-go zone near the nuclear plant, by March 2020, only months before that summer’s Olympics in Tokyo.

Residents of disaster-hit regions have criticised the government for rushing the reconstruction to showcase Fukushima’s safety for the Olympics rather than for the residents.

The government hopes to reopen all evacuation zones by next March, except for the dangerously contaminated surroundings of the plant.

Abe said that he also wants to triple the number of foreign visitors to the Tohoku region to 1.5 million in 2020 so that tourists can see the reconstruction “through their own eyes”.

However, more than 100,000 displaced people are still unable to return to their homes near the nuclear plant due to the contamination.

Sachiko Mashio and her family finally settled in a house in Saitama, north of Tokyo, last year after several relocations. Her husband has suffered ill health.

“I never expected to move more than 10 times in my life,” said Mashio, who used to run a restaurant in Namie town, 20km north of the plant, before the accident.

Mashio has no expectation of going back to Namie even if the evacuation order is lifted, she said. “My house was in wild disorder as it was apparently burgled a number of times.”

It is expected to take the operator more than four decades to complete the decommissioning process. 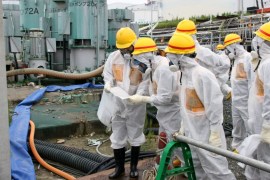 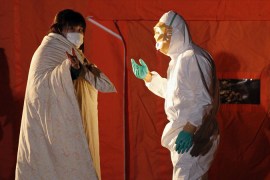 The devastating accident in Japan was a deadly reminder that nuclear safety cannot be taken lightly. 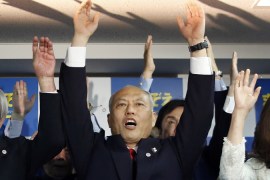 Has Tokyo lost its fear of nuclear energy?

Three years after the Fukushima diaster, has the political will to rid Japan of nuclear energy died out in the capital?