On March 4, Turkish police stormed the Istanbul headquarters of Turkey’s highest circulation newspaper, Zaman, to make way for its takeover by a panel of court-appointed trustees.

The police officers were acting on a local court ruling, which accused the newspaper of supporting the “Gulenist Terror Organisation”, headed by Fethullah Gulen, a former Turkish imam now based in the United States.

While the majority of the Turkish opposition, international media and European leaders were quick to point out that they view the seizure of Zaman as an attack on press freedom in Turkey, Prime Minister Ahmet Davutoglu said that “a legal process was under way to investigate illicit financing of a terrorist organisation” and that there has been no political interference.

“Zaman is not the only newspaper in Turkey opposing our government. Other newspapers are freely expressing their opinions,” Davutoglu said.

A Turkish state official talking to Al Jazeera accused Europe and the Western media of being hypocritical in their representation of media freedoms in Turkey.

“The coverage of the press freedom issue in Turkey has been biased,” said the official, who requested that his name be withheld. “France, which is currently prosecuting Le Monde newspaper for publishing secret government documents, faces no criticism,” he added.

The coverage of the press freedom issue in Turkey has been biased.

Pro-government media outlets in Turkey were also eager to support the prime minister’s interpretation of events. They denied that the seizure of Zaman was a political move or an attack on the freedom of the press.

Instead, they focused on the legal accusations that the media group is facing. For example, in his commentary for the Daily Sabah newspaper, Ilnur Cevik argued that Zaman was seized not because of its journalism, but because “they used charity money, collected by unsuspecting supporters, for gain”.

“The organisation, which claimed to promote Islamic values, was in fact committing a great sin, using charity money for its own economic purposes,” he said.

Gulen, 74, had been a strong ally of the Turkish president in the past, but this alliance came to a swift end when prosecutors seen as sympathetic to Gulen opened a corruption investigation into Erdogan’s inner circle in late 2013.

After surviving the corruption allegations with little damage, Erdogan said that Gulen had been running a “parallel state” by getting his followers into key positions in state institutions.

Meanwhile, some journalists, who pointed out Zaman’s hostile attitude towards their colleagues who have been critical of the Gulen movement, were also unsure about how much sympathy to have for the newspaper and its staff, albeit for entirely different reasons.

“I am finding it hard to process that Gulenists suddenly became the symbol of press freedom in Turkey,” the journalist, working for a prominent independent news organisation in Turkey, told Al Jazeera on condition of anonymity.

While emphasising that he does not in any way approve of the government crackdown on the pro-Gulen media, the journalist said: “When reporters who unearthed the dark reality of the Gulen movement were facing long prison sentences, the only thing Zaman journalists did was to publish unsupported allegations about them. Zaman was not only supporting their arrest, but it was complicit in everything the government was doing”.

In 2011, Ahmet Sik, a prominent investigative journalist, was accused of being a member of the ultra-nationalist underground organisation Ergenekon. During the time of his arrest he was writing a book on the Gulen movement, entitled “The army of the Imam“, in which he explained how Gulen supporters had infiltrated the Turkish security forces.

The public prosecutor in charge of the trial claimed that the book was “commissioned by the Ergenekon network” and consequently the court made possession of the unpublished manuscript a punishable crime.

Sik’s imprisonment lasted for more than a year and Zaman newspaper, which still sided with the government at the time, made no effort to contest his conviction or support him through this ordeal.

But, after the seizure of the Zaman newspaper, Sik was one of the first Turkish journalists to condemn the incident and classify it as an attack on the press freedom in Turkey. “I am always on democracy’s side,” he said, “so I can’t be happy about what happened.”

The head of the Journalists’ Union of Turkey, Ugur Guc also condemned the seizure of the newspaper unreservedly and pointed out that assigning trustees to a media organisation is categorically illegal under any circumstances.

“Article 30 of the Turkish constitution clearly states that a press enterprise, and press equipment shall not be seized, confiscated, or barred from operation under any circumstances,” he said. “Assigning trustees to a newspaper is against the constitution.”

Guc also contested the prime minister’s claim that journalists opposing the government are working freely and expressing their views without the threat of prosecution.

He emphasised the hardship, intimidation and violence inflicted upon journalists covering the Kurdish conflict recently. “Journalists who have tried to report on the abuse in eastern Turkey faced threats, insults and even torture in custody,” he said.

The seizure of Zaman by court-appointed trustees came a week after the Turkish constitutional court freed two other opposition journalists, Can Dundar and Erdem Gul, who were jailed over the publication of video footage purporting to show the state intelligence agency helping to send weapons to Syria.

The court ruled that their detention violated their human rights. But, despite their release, both Gul and Dundar still face possible life sentences at a trial on espionage and terrorism charges due to start on March 25.

Guc explained that Turkey jailed 18 journalists for “being members of a terrorist organisation” and was ranked 149 out of 180 countries in Reporters Without Borders’ World Press Freedom index. “Now you tell me, can we say that the press is free in Turkey?” he asked. 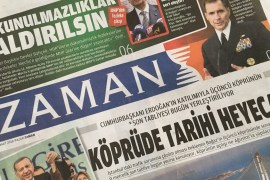 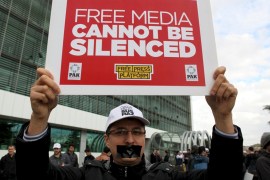 In an increasingly volatile Turkey, the takeover of Zaman marks the latest blow in the battle between Erdogan and Gulen. 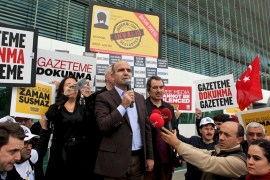 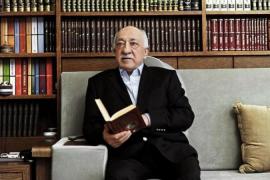