A new law that makes domestic abuse a crime has come into effect in China.

It is hoped the legislation will encourage more victims to take their abusers to court in a country where violence at home is still widely regarded as a private matter.

The All-China Women’s Federation estimates that nearly 25 percent of married women in China have experienced domestic violence. But the real figure is probably much higher, because reporting abuse is still rare – especially in the countryside.

“From today victims of domestic abuse will be able to go to court to seek a restraining order that could force the abuser to move out of the home. A judge will have 72 hours to make a ruling,” Al Jazeera’s China correspondent Adrian Brown reported.

The new law “prohibits all forms of domestic violence”, which it defines as: “Physical, psychological and other harm inflicted by family members, including beating, restraint, injury or arbitrary deprivation of liberty, recurring verbal threats and abuse”, according to Chinese state media.

The police are now required to intervene immediately when abuse is reported, to stop it at once and collect related evidence. Officers must also help victims obtain treatment and medical reports.

The legislation covers both married and co-habiting couples.

Lawyer Zhu Wencai, who has been dealing with domestic violence cases for more than 20 years, said the new law would help – but worried there was too much onus on the police to respond.

“I think this new law will definitely play an very important role in reducing the number of domestic violence cases. But more important is how to enforce the law. We need to see results soon,” Zhu told Al Jazeera.

Xia Ling, a former domestic violence victim, told Al Jazeera how her ex-husband was careful not to mark her face, focusing his kicks and punches on her arms, legs and back.

She said she went to hospital twice, and gave up on getting help from the police after officers told her the beatings were a family issue.

“They said they could not intervene in a family issue. So they didn’t take any action,” she said.

After she filed for divorce, her husband and mother came and took her son away. She has not seen him for two years.

Before the new law on domestic violence was approved, there were no specific laws related to abuse within the family. But the issue was included in laws such as the Marriage Law and the Law on the Protection of the Rights and Interests of Women. 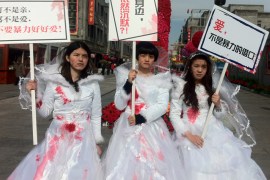 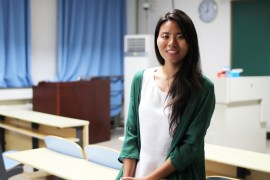 How a growing number of Chinese women are shunning societal pressures to marry – and the labels attached to them. 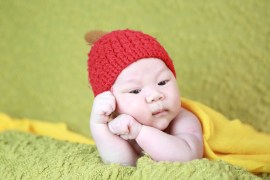 101 East explores the tradition of confinement for new mothers in modern China and the growing industry behind it.