At least three Afghan soldiers have been killed and 18 wounded after a suicide bomber blew himself up near an army minibus in Afghanistan’s northern Balkh province, according to officials.

The attack took place in Dehdadi district near the Afghan Army 209 corps, which serves as the northern army command.

“Three Afghan army soldiers died and 18 others were wounded in the attack,” Munir Farhad, a spokesman for the provincial governor, said.

Farhad added that the suicide bomber was on foot.

No civilians were hurt in the attack, according to Balkh police spokesman Sher Mohammad Durani.

In an email sent to the media by the Taliban spokesman Zabihullah Mujahid, the group claimed responsibility for the attack.

Taliban fighters have increased their attacks recently across the country against Afghan security forces.

One policeman was killed in a roadside bomb explosion in the country’s Logar province on Sunday, while eight others were wounded in the attack which took place in Puli Alim.

Officials from Afghanistan, Pakistan, the US and China have been trying to lay the groundwork for talks with the Taliban, which has made gains since the withdrawal of NATO troops from Afghanistan in 2014.

Meetings have been held in the Pakistani capital of Islamabad, as well as in Kabul, emphasising the need for a dialogue between the Afghan government and the Taliban. 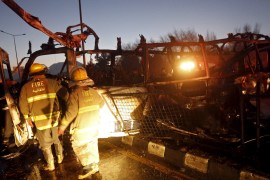 We look at the Taliban threat and the future of Afghan journalism; plus, Davos – global news event or PR exercise? 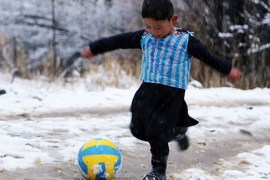 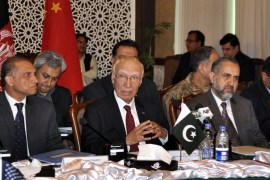 Pakistani, Afghan, Chinese and US officials meet in a bid to kickstart talks between Taliban and the Kabul government.