North Korea has launched a long-range rocket, violating UN resolutions and angering the international community which was already determined to punish Pyongyang for a nuclear test last month.

On Sunday, state media said said the mission to put a satellite into space was a “complete success”.

Pyongyang said the launch was part of a purely scientific space programme as it vowed to continue launching satellites.

Yet, South Korea, Japan, the US, Russia and others condemned the move, saying they viewed it as a disguised ballistic missile test.

The UN Security Council will hold an emergency meeting at 1:00pm (16:00 GMT)on Sunday in New York, following a request by South Korea, Japan and the US.

The rocket took off at around 9:00am Pyongyang time (00:30 GMT), according to the South Korean defence ministry.

Its pre-orbital flight arc was planned to traverse the Yellow Sea and further south to the Philippine Sea, with both South Korea and Japan threatening to shoot it down if it encroached on their territory.

Despite Pyongyang’s insistence on a peaceful space mission, its rockets are considered dual-use technology with both civil and military applications.

US Secretary of State John Kerry said the US would work with the UN Security Council on “significant measures” to hold North Korea to account.

“We will cooperate with the international community and stand firm to take appropriate measures,” Abe said. “We will also give our best efforts to protect our people’s security and safety.”

Al Jazeera’s Adrian Brown, reporting from Beijing, said North Korea has “also defied China, which is its only ally”.

Following the launch, China called for caution from all sides.

“China expresses regret that North Korea, in spite of the pervasive opposition of the international community, insisted on using ballistic missile technology to carry out a launch,” said foreign ministry spokeswoman Hua Chunying.

Robert Kelly, professor of political science and diplomacy at Pusan National University in Busan, said the North’s main goal behind the rocket tests was “regime security”.

“North Korea’s government is truly afraid that the US would remove the regime the way it has done in other countries. And Pyongyang doesn’t have a lot of other currency to force the world’s hand,” Kelly told Al Jazeera.

With the international community still struggling to find a united response to the North’s January 6 nuclear test, analysts said the rocket launch – while provocative – might not affect sanctions.

“North Korea likely calculates that a launch so soon after the nuclear test will probably only incrementally affect the UN sanctions arising from that test,” said Alison Evans a senior analyst at IHS Jane’s.

North Korea’s chief diplomatic ally, China, has been resisting the US push for tougher sanctions.

While infuriated, China’s overriding concern is avoiding a collapse of the regime in Pyongyang and the possibility of a US-allied unified Korea on its border.

Western intelligence experts said the satellite had never functioned properly, and argued that this proved the mission’s scientific veneer was a sham.

Despite Pyongyang’s claims to the contrary, the North is still seen as being years away from developing a credible intercontinental ballistic missile (ICBM).

Orbital rocket launches, experts say, are relatively straightforward compared to the challenge of mastering the re-entry technology required to deliver a payload as far away as the United States.

“An ICBM warhead, unlike a satellite, needs to come down as well as go up,” said aerospace engineer John Schilling, who has closely followed the North’s missile programme.

“North Korea has never demonstrated the ability to build a re-entry vehicle that can survive at even half the speed an ICBM would require,” Schilling said.

“If and when they do, what is presently a theoretical threat will become very real and alarming,” he added.

It is also unclear how far North Korea has progressed in miniaturising warheads to fit on the tip of an eventual ICBM.

The North said last month’s nuclear test was of a miniaturised hydrogen bomb. Most experts dispute the claim, saying the yield was far too low for a full-fledged H-bomb. 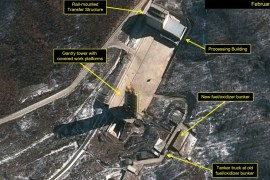 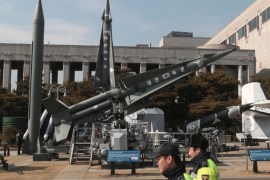 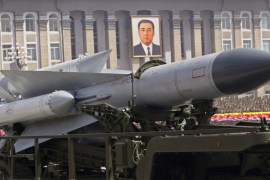