President Barack Obama has made his first visit to a US mosque and condemned “inexcusable political rhetoric” against Muslim-Americans, as he tries to counter increasing levels of bias against the community.

Obama arrived at the Islamic Society of Baltimore on Wednesday. Its campus contains a mosque and school that runs from kindergarten through 12th grade.

“So often, Muslim Americans are targeted and blamed for the acts of a few,” Obama said in an address following a meeting with representatives of the community.

“We’ve heard inexcusable political rhetoric against Muslim-Americans that has no place in our country,” he said, lauding Muslim-Americans who were sports heroes, entrepreneurs and members of the US military.

One of the participants, Ibtihaj Muhammad, has qualified for a spot on the US Olympic Team for the Rio de Janeiro 2016 Olympic Games.

She will make history as the first US Olympian to compete in a headscarf.

It is the kind of effort that Muslim-Americans said they have been waiting for from America’s political and religious leaders.

The Council on American-Islamic Relations (CAIR) has tracked a growing number of attacks on mosques and on individuals in the months following the Paris attack and the shooting rampage in San Bernardino, California.

A severed pig’s head was delivered to a mosque’s doorstep in Philadelphia. Someone attempted to set fire to a mosque in Southern California.

In a separate interview with Al Jazeera, Robert McCaw, a CAIR spokesperson, said that in 2015, the Muslim community saw “unprecedented number of attacks” on individuals and houses of worship.

Meanwhile, some Republicans have criticised Obama for not linking attacks like the one in Paris to “radical Islamic terrorism”. Republican presidential candidates Ted Cruz and Trump have voiced that concern.

Obama has said he refuses to describe the Islamic State of Iraq and the Levant (ISIL) and other such groups that way because the term grants them a religious legitimacy they do not deserve.

In June 2009, just five months into his presidency, Obama toured the Sultan Hassan mosque during a visit to Cairo.

In a speech at Cairo University, he declared that the US would never be at war with Islam.

“America and Islam are not exclusive,” he said, and share “common principles of justice and progress, tolerance and the dignity of all human beings.”

Attendees at the Baltimore mosque are predominantly of Turkish heritage, although immigrants of other nationalities also participate, according to Akbar Ahmed, an Islamic studies specialist at American University who has researched mosques around the US.

Obama “left it literally to the last” to visit a US mosque, Ahmed noted, “but better late than never”.

Al Jazeera’s Patty Culhane, reporting from Baltimore, said Obama’s critics in the Muslim community have called the visit as “too little, too late”.

For student Mohammad Abou-Ghazala, it is not what the president says, but what his government does that matters.

“It creates an entire environment of mistrust in the one place Muslims are supposed to feel totally at ease, which is the mosque.” 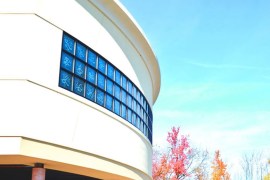 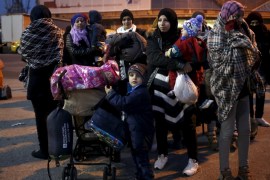 Islamophobia surges amid a ‘politics of fear’

Muslims and refugees are being “scapegoated and alienated” as attacks claimed by ISIL rise, Human Rights Watch says. 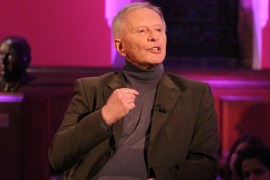 Jewish scholar Robert S Wistrich on whether all criticism of Israel is anti-Semitic, and the root causes of Islamophobia