Jakarta has shut down its largest and oldest red-light district, forcing the eviction of thousands of Indonesian sex workers, small business owners and families.

Located in northern Jakarta, Kalijodo, also known as Soulmate River, has been home to generations of Indonesians.

Among those affected by the government’s crackdown is Sarmi, who has lived in Kalijodo for nearly half a century and made money through doing laundry.

She raised her children and grandchildren but finds herself out of work after the district shut down.

“I can’t even eat. I want to eat but I don’t even have money to buy food now. I feel so sad about my grandchildren.”

Over 3,000 residents have been evicted – and only 200 of those have been given low-cost apartments.

So far, 68 red-light districts have been shut down and an additional 100 could face closure within three years, according to Khofifah Indar Parawansa, Indonesia’s social affairs minister.

Earlier this week, Parawansa was quoted saying that his country is planning to close down all of the country’s red-light districts by 2019 in an effort to eradicate prostitution in the world’s most populous Muslim-majority country.

In Kalijodo, most of the sex workers have gone back to their villages but some have refused to leave.

Leonard Eko, a local resident, says the government has failed to create jobs and provide education, causing the urgent need for money.

“These sex workers are Indonesian citizens who simply need money to survive. The government should treat them more humanely,” Eko said.

‘Part of our culture’

Prostitution is rampant in major Indonesian cities despite being illegal.

However, an Indonesian city planner says the government’s efforts will not eradicate prostitution from the country.

“Prostitution has always been part of our culture,” Yayat said.

“You can destroy their places but you can’t make them disappear. They will always be here. The sex workers do this because they see no other options since they are poor.” 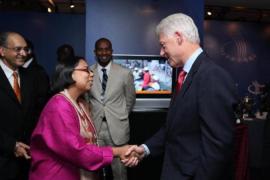 Red Light Despatch is a monthly publication from eastern India where women trapped in sex trade share their plight. 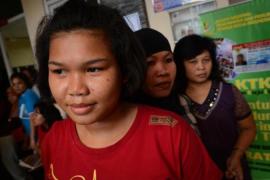 Why it’s high time Indonesia focuses on protecting the vulnerable.