Border closures by European states will cause “further chaos and confusion”, the new head of the UN refugee agency, UNHCR, has warned, as thousands of people remain stuck inside Greece after being blocked from continuing their journey.

Some 8,000 refugees have been trapped on Greece’s northern border and in the capital, Athens, after Macedonia on Sunday barred passage to Afghans and introduced tougher document checks for Syrians and Iraqis.

This followed a decision by countries further up the refugee route to turn back groups of Afghans.

“I am very worried about the news that we are getting about increasing closures of European borders along the Balkans route because that will create further chaos and confusion,” Filippo Grandi, the UNCHR chief, said during a visit to the Greek island of Lesbos on Tuesday.

“It will increase the burden on Greece, which is already shouldering a very big responsibility in managing these people, and this is happening when we are not yet having alternatives.”

On Tuesday, hundreds of Afghan refugees stranded at the Greece-Macedonia border staged a sit-in at the

Al Jazeera’s Hoda Abdel-Hamid, reporting from Idomeni, said the closure was causing a lot of anxiety not only to the Afghan refugees, but also to the Iraqis and Syrians.

“They [Iraqis and Syrians] are in a hurry because they are worried that soon maybe the borders will also close for them and they want to continue their journey. So on the ground it is creating … frictions between these two different groups of refugees.”

Speaking from Lesbos, Granti said take-up of an European Union programme to relocate some 160,000 people from Greece and Italy to other member states is “too small” and another scheme to directly resettle refugees from Turkey “has not started yet”.

“So … to close the borders or to manage them tightly – to put it that way – in the absence of legal, safe alternatives for refugees will increase chaos, and most likely increase irregular movements that put people at risk,” the Italian diplomat said.

More than 100,000 migrants and refugees have crossed the Mediterranean to Greece and Italy so far this year, and 413 have lost their lives trying, the International Organisation for Migration said on Tuesday. 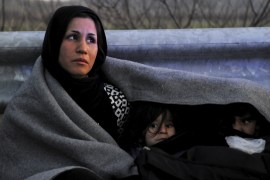 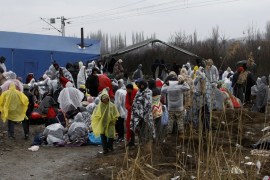 Macedonian officials say hundreds stuck in their country as Serbia “only accepting people coming from Syria and Iraq”. 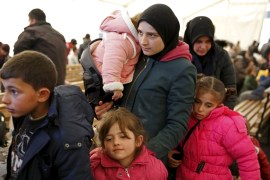