Tanzanian President John Magufuli has condemned the killing of a British conservationist after his helicopter was shot down while he chased poachers, saying five people were arrested.

Roger Gower, 37, was killed when his helicopter took fire from poachers during a patrol last week of the Maswa Game Reserve in northern Tanzania, close to the world-famous Serengeti National Park.

Gower, who worked for the Friedkin Conservation Fund, had been tracking poachers after spotting the carcasses of recently killed elephants.

“This is a sad incident that must be strongly condemned,” Magufuli said in a statement, ordering that all those involved should be “aggressively pursued and brought to justice”.

Five suspects were arrested and questioned by police.

“I personally support the fight against poaching in our game reserves and national parks … Let us join hands against the poachers,” said Magufuli.

Ivory is sought out for jewellery and decorative objects and much of it is smuggled to China, where many increasingly wealthy shoppers are buying ivory trinkets as a sign of financial success.

It is estimated that more than 30,000 elephants are killed for their tusks every year across Africa. 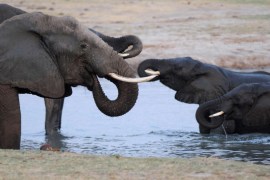 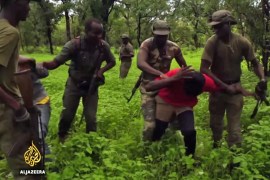 Wildlife poachers caught before a kill in Senegal