Germany has urged Israel in unusually strong language to scrap legislation that would legalise Israeli settlement homes built on private Palestinian land in the occupied West Bank, saying it would break international law.

A German foreign ministry spokesman said on Wednesday the government was “extremely concerned” about the development.

“Such a bill violates international law,” he said, adding Israel would undermine its commitment to finding a “two-state solution” – a Palestinian state in territory Israel captured in a 1967 war – if the bill were passed.

Asked whether Germany and the European Union should punish Israel with economic or diplomatic sanctions, the spokesman said: “We don’t think that sanctions would be the right path in this case to make headway in the Middle East peace process.”

Germany tends to be more reserved than other European nations in its criticism of Israel because of the legacy of the Nazi Holocaust.

But it has objected in the past few years to Israeli settlement expansion on land Palestinians want for a state.

Israeli officials are also concerned the bill could provide grounds for prosecution by the International Criminal Court in The Hague.

Palestinians condemned the bill as a land grab in territory they seek for a state.

Israel’s parliament gave initial approval on Monday to a revised bill on the settlement homes. It must pass three more votes at unspecified future dates before becoming law. 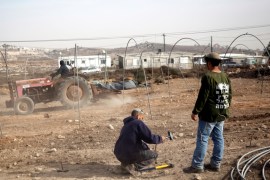 Israeli Knesset gives initial approval to bill that would legalise 4,000 homes in the settlement outposts. 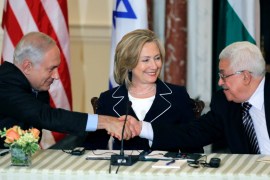 How US security aid to PA sustains Israel’s occupation

US ‘security’ aid to the Palestinian Authority is keeping Palestinians occupied.