Syrian rebel groups warned they would consider a ceasefire deal brokered by Russia and Turkey “null and void” if government forces and their allies continued to violate it.

Clashes and air strikes persisted in some areas since the ceasefire began on Friday, though the Syrian Observatory for Human Rights, a UK-based monitoring group, said on Saturday that the truce was still largely holding.

“Continued violations by the regime and bombardment and attempts to attack areas under the control of the revolutionary factions will make the agreement null and void,” a statement signed by a number of rebel groups said on Saturday.

It said government forces and their allies had been trying to press advances, particularly in an area northwest of Damascus.

Al Jazeera’s Hashem Ahelbarra, reporting from Turkey’s Gaziantep near the Syria border, said it was a delicate moment for the ceasefire.

“They [Syrian rebel groups] have sent an urgent appeal to the UN and to Turkey, who is the key player in the ceasefire, to negotiate with the Russians and try to stop the Syria government from fighting, warning that if the fighting continues there will be no option but to resume the fighting,” he said.

“The terms of the ceasefire insist that the moment it comes in to effect there should be no military operation, no party should take advantage of it. But the Syria opposition would need that guarantee that the guns must fall silent across Syria.”

Russia, which supports Syrian President Bashar al-Assad, has urged the UN to give its blessing to the fragile ceasefire, the third truce this year seeking to end nearly six years of war in Syria.

Russia and Turkey, which backs the armed opposition to Assad, brokered the ceasefire agreement in the hope of preparing the way for peace talks in Kazakhstan in the new year.

In their statement, the rebels said it appeared the government and the opposition had signed two different versions of the ceasefire deal, one of which was missing “a number of key and essential points that are non-negotiable”, but did not say what those were.

“There is a different interpretation on this ceasefire between Syrian opposition groups on the one hand and the Russians and other parties on the other,” Marwan Kabalan, an analyst at Doha Institute, told Al Jazeera.

There was confusion over which groups in the opposition are included in the ceasefire. The Islamic State of Iraq and the Levant (ISIL, also known as ISIS) group, which has made enemies of all sides in the conflict, is not included.

“The opposition said the ceasefire includes all Syrian factions excluding ISIL, whereas the Russians said it would exclude all UN-designated terrorist organisations including al-Nusra Front,” said Kabalan. “This [difference] is a ticking bomb that will jeopardise the whole process as the Syrian forces will go after al-Nusra and that will put the Syrian opposition factions in a very difficult position.”

The ceasefire deal calls for negotiations over a political solution to end the conflict that has killed more than 310,000 people and forced millions to flee.

Russian President Vladimir Putin said on Friday that he would now reduce Moscow’s military contingent in Syria, which has been fighting to bolster the government since last year.

But he added that Russia would continue to fight “terrorism” and maintain its support for the government.

Despite backing opposite sides in the conflict, Turkey and Russia have worked increasingly closely on Syria, brokering a deal this month to allow the evacuation of tens of thousands of civilians and rebel fighters from Aleppo.

UN peace envoy Staffan de Mistura has said he hoped the agreement would “pave the way for productive talks”, but also reiterated he wants negotiations mediated by his office to continue next year.

The council held closed-door consultations on the text early Friday and Russia later amended the draft at the request of several member states.

The latest draft of the resolution, a copy of which was seen by AFP news agency, includes a reference to the talks being led by de Mistura. 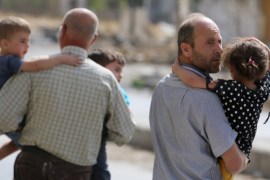 Kerry says he will meet Lavrov again to try to narrow differences after collapse of truce and resumption of violence. 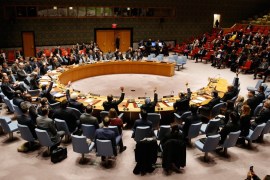