Egypt’s government has approved a controversial deal to hand over two Red Sea islands to Saudi Arabia, according to state television.

The agreement has been sent to parliament for ratification, according to reports on Thursday, despite a legal dispute in Egyptian courts over the plan.

In June, the Higher Administrative Court ruled that the deal was void, saying Egyptian sovereignty over Tiran and Sanafir could not be ceded.

Earlier this month, an Egyptian state advisory body recommended that the Cairo court uphold the ruling that annulled the agreement.

The court is due to issue its final verdict on January 16 and is not obliged to follow the advisory body’s report.

READ MORE: Is Sisi losing his grip on Egypt?

Reuters news agency quoted Khaled Ali, a lawyer who filed the June lawsuit to annul the deal, as saying that the government’s latest move shows “the collapse of the state of law and the constitution” in Egypt.

“The decision that parliament is going to issue is void and the people should defend their land with all legitimate means against this tyrant regime that doesn’t respect either law or judiciary,” Ali said.

However, Nabil al-Gamal, a member of the legislative and constitutional committee in parliament, said there was “absolutely no conflict” in sending the agreement to parliament for ratification before the court’s final ruling.

“I expect the parliament not to vote … on the agreement before the judiciary rules, so that there won’t be any conflict between them,” he said.

The initial deal was made public in April during a visit to Cairo by Saudi Arabia’s King Salman bin Abdulaziz Al Saud, during which he announced an aid package to Egypt.

The announcement set off rare protests and outrage by Egyptians who said the two uninhabited islands belonged to Egypt.

Following the protests, 71 people were sentenced to two years in prison.

Egypt says the islands had always belonged to Saudi Arabia and that it had merely administered them while on lease since the 1950s.

President Abdel Fattah el-Sisi, a former army chief who overthrew his predecessor in 2013, has been accused by activists of tolerating no dissent. 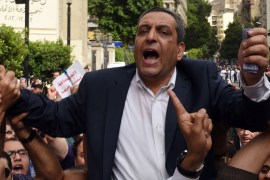 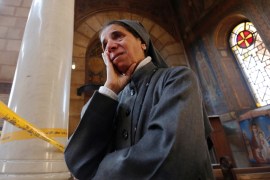