Black and Asian children in the UK are more likely to be unemployed as adults despite doing better at school, according to a report by the government’s official body on social mobility.

Wednesday’s report says geography, discrimination by employers, and cultural barriers were to blame for “broken promises” on social mobility.

The head of the commission, former Labour government minister Alan Milburn, said the UK was a long way from having a “level playing field” for people of different genders, ethnicities, and social backgrounds.

“It is striking that many of the groups that are doing best at school or improving their results the most are losing out when it comes to jobs and opportunities later in life,” Milburn said.

“Action is needed across the education system and labour market to better understand barriers to success. Renewed action is needed by government, educators and employers to dismantle them.”

The report found that while white boys from poorer backgrounds performed worse at schools, they were still more likely to secure employment and face barriers to social mobility in adulthood than ethnic minority children.

The report comes just a few weeks after a separate government report on integration blamed “cultural and religious practices” for leaving women from Muslim communities economically and socially isolated.

Wednesday’s report by the Social Mobility Commission found women from all ethnicities were being paid less than their male counterparts.

On average, women were paid about 18 percent less than men. 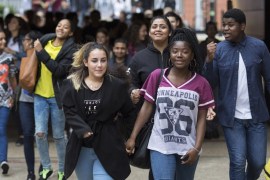 Past targets of government crackdowns complain of arbitrary detentions and deportations. 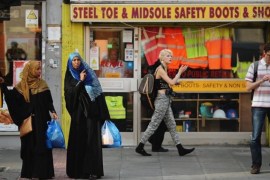 Government-commissioned report raises concerns about lack of integration among local communities in the UK.