Egypt had circulated the draft late on Wednesday, demanding Israel halt settlement activity in the occupied West Bank, and a vote was initially scheduled for Thursday.

But it requested that the resolution be postponed after Israel launched a frantic lobbying effort, including calls from Israeli Prime Minister Benjamin Netanyahu for the US to use its veto power at the Security Council to block the resolution.

On Friday, Sisi’s spokesman said the two leaders agreed to allow Trump’s incoming administration a chance to tackle the issue.

“During the call, they discussed regional affairs and developments in the Middle East, and in that context the draft resolution in front of the Security Council on Israeli settlement,” said spokesman Alaa Yousef.

“The presidents agreed on the importance of affording the new US administration the full chance to deal with all dimensions of the Palestinian case with a view of achieving a full and final settlement.”

A similar resolution was vetoed by the US in 2011.

Earlier, diplomats from New Zealand, Venezuela, Malaysia and Senegal told Egypt that if it did not clarify on whether it planned to call the vote, they would press ahead without Cairo’s involvement.

Trump, who campaigned on a promise to recognise Jerusalem as Israel’s capital, had called on Washington to use its veto to block the resolution.

“As the United States has long maintained, peace between the Israelis and the Palestinians will only come through direct negotiations between the parties, and not through the imposition of terms by the United Nations.

Israeli settlements are illegal under international law and seen as a major stumbling block to peace efforts as they are built on Palestinian land occupied by Israel. 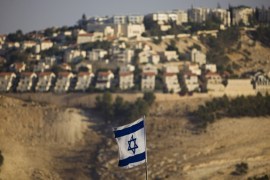