The United Nations Security Council is due to vote on a draft resolution that would demand Israel “immediately and completely cease all settlement activities in the occupied Palestinian territory, including East Jerusalem”.

Egypt circulated the draft late on Wednesday and a vote was scheduled for 3pm (20:00 GMT) on Thursday.

The Palestinians want an independent state in the West Bank, Gaza and East Jerusalem, areas Israel captured in a 1967 war.

The UN maintains that settlements are illegal and has repeatedly called on Israel to halt them, but UN officials have reported a surge in construction over the past months.

A resolution needs nine votes in favour and no vetoes by the United States, France, Russia, Britain or China to be adopted. A similar resolution was vetoed by the US in 2011.

The US should veto the anti-Israel resolution at the UN Security Council on Thursday.

Wednesday’s draft text says the establishment of settlements by Israel has “no legal validity and constitutes a flagrant violation under international law”.

It also states that Israeli settlements are “dangerously imperiling the viability of the two-state solution” that would see an independent state of Palestine co-exist alongside Israel.

UN diplomats see the resolution as a final chance for council action on the Middle East before Republican President-elect Donald Trump succeeds Democrat Obama on January 20.

Trump has signalled that he would support Israel in a number of critical areas and not pressure it to engage in talks with the Palestinians.

Obama’s administration, however, has been highly critical of Israeli settlement construction in the occupied West Bank and East Jerusalem.

In October, the US joined the European Union, the UN and Russia in calling for a halt to the settlements in a report released by the so-called diplomatic Quartet on the Middle East.

The report was to serve as the basis for reviving the Israeli-Palestinian peace process which has been comatose since a US initiative collapsed in April 2014.

The Quartet report said at least 570,000 Israelis were living in the settlements. 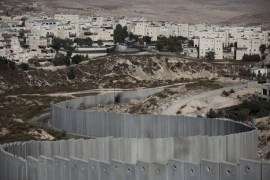 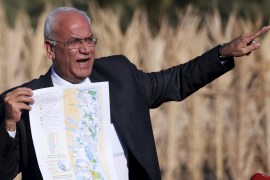 US lawyer David Friedman has vowed to move US embassy from Tel Aviv to Jerusalem – a hugely divisive step.