A 15-year-old girl has died in Nepal’s western Achram district after she was banished to a shed because she was menstruating, under an ancient Hindu practice that has been banned for more than a decade, police said.

“We are investigating the case. We suspect that she died of suffocation from the smoke of a fire she lit to keep herself warm,” local district inspector Badri Prasad Dhakal told the AFP news agency on Monday.

Some Hindus view menstruating women as impure and in parts of Nepal they are forced to remain in a hut or cowshed for days, a practice known as chhaupadi.

Truwa’s father told Nepalese newspaper My Republica that she had had an evening meal at around 6pm on Friday and went inside the shed to sleep.

When it was late in the morning and she had not been seen, he gave her a call from outside.

“Then we saw her dead body,” he said.

According to the newspaper, Truwa was a ninth grader at Rastara Bhasah Secondary School and was undergoing the third day of menstruation at the time of her death.

Under the chhaupadi practice, women are banned from taking part in normal family activities during menstruation and after childbirth, and can have no contact with men of the household.

The Hindu tradition is common to all castes in the region. Women who violate the practice are blamed for crop failures, illnesses and sudden deaths of animals.

In recent years, some women have turned their back on the ritual: a few burnt their sheds, and some villages are known as “chhaupadi-free zones”.

But although the country’s Supreme Court banned practising chhaupadi in 2005, the custom dies hard. It remains firmly rooted in many villages, especially in remote hill areas.

“We have a legal ban but the law enforcement forces have not been strong about implementing it,” she said.

“It is crucial for us to work to change the attitudes of the people and raise awareness against this practice.

A 2011 UN report estimated that 95 percent of women in Achham district follow it. 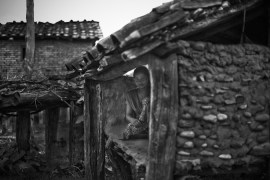 In parts of rural Nepal, women are forced to isolate themselves in huts or caves during their menstruation period. 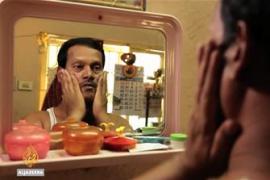 Arunachalam Muruganantham was obsessed with making the perfect sanitary pad for his wife. After years of work, his invention has changed the lives of millions of women in India.