A Pakistani school bus driver was killed and several children were wounded in Indian firing along the de facto Kashmir border, Pakistan said.

The incident occurred at Mohra village in the Nakyal sector of Pakistani-administered Kashmir across the Line of Control (LoC) where officials said shelling by Indian troops was continuing.

There was no immediate reaction from India.

Haider said the van was carrying pupils from a private school and the children, aged between 10 and 15 years, were taken to hospital amid heavy shelling.

Muhammad Nasrullah Khan, a doctor in Nakyal hospital, told AFP that the children had shrapnel injuries but their condition was not life threatening.

The firing was a violation of a 2003 ceasefire, the Pakistani army’s media wing said in a statement.

“Pakistani troops effectively responded and targeted Indian posts from where fire was coming,” said the statement.

The Muslim-majority Himalayan region of Kashmir is divided between Pakistan and India and claimed in entirety by both.

The two countries have fought two of their three wars since independence from Britain in 1947 over Kashmir.

Tension has risen in the region since a September 18 attack on an Indian army basein Indian-controlled Kashmir that killed 18 soldiers, an attack India blamed on Pakistan-based separatists.

Firing across the LoC by both sides has increased since then, with dozens killed and wounded and each side blaming the other.

Months of tension between India and Pakistan have erupted into shelling and gunfire across the disputed Kashmir frontier, claiming the lives of dozens of people, including civilians.

In November, at least nine people were killed and seven others wounded in cross-border fire that hit a passenger bus in the village of Nagdar in Pakistani-administered Kashmir.

An Indian crackdown on protests in its part of Kashmir has killed at least 80 civilians since the July killing of a popular separatist leader in a operation by Indian security forces.

Hundreds of the injured in Kashmir have been blinded and maimed, mostly by government forces firing bullets and shotgun pellets at rock-throwing protesters. 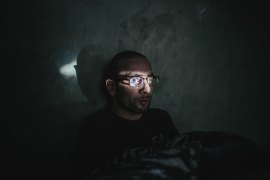 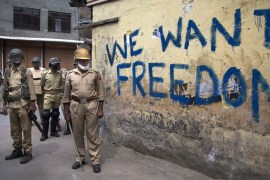 Two suspected rebels killed in the 42-hour shoot-out while one civilian hit by stray bullet in southern Arwani village. 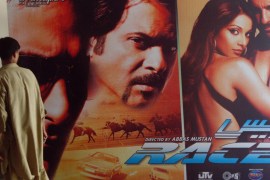