Sydney has just broken a record that has stood since 1868 – the overnight temperature stayed above 27C.

In December 1868, Sydney registered a minimum temperature of 26.3C, a record that had stood ever since.

On Tuesday night, the minimum was 27.1C.

It also makes it the second hottest night on record for any month of the year, a Bureau Of Meteorology spokesperson said.

Sydney is experiencing high temperatures, at day and night, and in December, that is surprisingly uncommon.

Tuesday saw a maximum temperature of 39C and on Wednesday, it was 37.5.

This is not officially a record but, Sydney has not seen two consecutive days of temperature exceeding the 35C mark in about five years. The last time it saw 36C or more for two days in a row was about a decade ago.

The official three-day requirement before a heatwave is declared will not be reached this time.

Once again, colder air has infiltrated and rain, with a sea breeze, helped drop the temperature to 21C by Wednesday evening.

The forecast for Thursday is a maximum  of 21C. 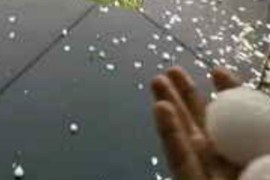 Australia: From hot to stormy, again

Inland heat and moisture combine as damaging thunderstorms sweep across the south and east. 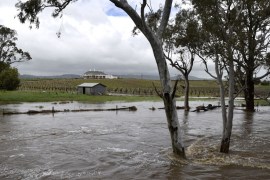