It may have been the mildest autumn on record across the 48 contiguous states of the US, but winter has well and truly arrived.

A developing storm system, which hit the Pacific Northwest on Thursday, is set to sweep eastwards into the Upper Midwest and Northeast through the remainder of the weekend and into next week.

The first casualty of Storm Caly, as it is known locally, was a motorist, killed in icy weather in Benton County, Oregon.

Across the region, there was extensive transport disruption. Sixty flights into and out of Portland International Airport were cancelled on Thursday. Further cancellations both there and at Seattle-Tacoma International continued through Friday.

Also on Friday, around 100 people had to be rescued from a train, stranded when a high-voltage power cable fell onto the track.

Caly is expected to bring severe conditions further east, but some areas have already experienced severe winter conditions well in advance of the storm’s arrival.

On Saturday, snow accumulations of up to 80 centimetres were recorded in Kirtland, a suburb of Cleveland, Ohio. Lying on the southern shore of Lake Erie, Kirkland is very exposed to a northwesterly wind, which can often bring lake-effect snow.

Lake-effect snow occurs when very cold air blows across a relatively warm lake surface. Although the surface water temperature on Lake Erie is only around 4C, this is still much warmer than the cold air blowing down from the Arctic.

The air passing over the lake is warmed, becomes unstable, picks up moisture, and allows shower clouds to develop.

The northwesterly wind will be back towards the west as Caly advances. This will bring about a change in the distribution of any lake-effect snow, but many parts of the Upper Midwest and Northeast can expect heavy snowfall from the developing frontal system.

A widespread 10-20cm is expected by Monday, with increased totals where there is a lake-effect contribution on the eastern sides of the Great Lakes.

Further south, across the Mid-Atlantic and Ohio Valley, heavy rain is more likely.

The entire system is expected to be largely clear of the eastern seaboard by the end of Monday. 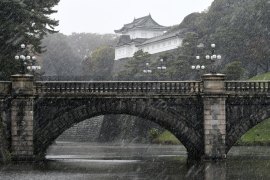 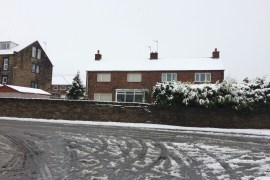