Tropical Cyclone Nada, which developed in the Bay of Bengal a few days ago, has made its way across southern India and is now fizzling out over the Arabian Sea.

Nada made landfall around 16:00 GMT on Thursday, near Velankanni, which is around 300km to the south of Chennai.

At its worst the storm was packing winds of around 85 kilometres per hour with gusts of around 100km/h. This did cause some damage but the main concerns were for the rough seas off India’s southeastern coast. Fisherman were warned to stay onshore and not venture out to sea.

As is often the case with such tropical systems, the rain posed the greatest threat. Rainfall amounts were typically around 25 to 75mm of rain in a 24-hour period.

National Disaster Response Force teams had been sent to the region ahead of the storm and identified and topped up more than 40 relief shelters with adequate food supplies.

While winds will lessen as Nada weakens, showers and thunderstorms will remain. Despite the inevitable flooding in places, the rain has been welcome across much of southern India.

According to the Chennai Metropolitan Water Supply and Sewerage Board the total storage of four of the city’s reservoirs are currently only at 7 percent of their full capacity.

A quieter spell of weather is expected across the region over the next few days. However, there are already signs of more wet and windy weather next week with another potential storm already developing in the southern Bay of Bengal. 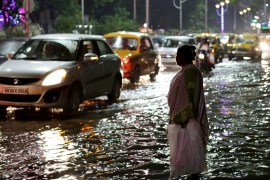 The seasonal rains have been above average, but there are always winners and losers. 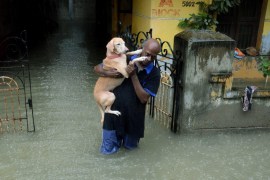