South Korea’s three opposition parties have agreed to submit a motion to impeach President Park Geun-hye, saying they want a vote to take place on December 9.

Accused of colluding with a close friend who faces embezzlement charges, Park said last week she would be willing to step down in the face of weekly mass protests that have seen millions take to the streets of Seoul and other cities.

The opposition said Park’s offer, which put the manner and timing of her resignation in the hands of parliament, was an effort to buy time and avoid impeachment.

The joint opposition commands the most seats in the legislature, but would need the support of nearly 30 members of Park’s Saenuri Party to secure the two-thirds majority needed to impeach the president.

Meanwhile, Park wants to hold talks this weekend with the Saenuri as she attempts to block impeachment talks, Yonhap news agency reported.

On Thursday, the ruling party pushed for Park to withdraw from office in April, with party leader Chung Jin-suk saying presidential elections, originally planned for the end of 2017, could be brought forward to June.

Park, whose approval rating dropped last week to a record low of 4 percent, is accused of having allowed close friend Choi Soon Sil to meddle in state affairs and of giving Choi access to official state
documents.

The president is also suspected of having put pressure on top Korean companies, including the electronics giant Samsung, to donate to two foundations controlled by Choi and which Choi is said to have used for her own personal gain.

Choi, the daughter of a cult leader who mentored Park before his death, has been indicted on a string of charges, including abuse of authority and attempted fraud.

The president has repeatedly apologised over the scandal but denied any criminal wrongdoing. 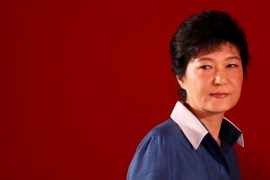 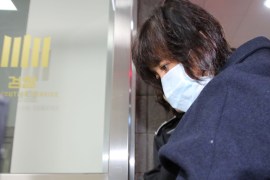 Prosecutors say president was involved “as a conspirator in a considerable part of the criminal activities by suspects”.