Europol, the EU’s police agency, has launched an unconventional and grim “advent calendar” for 2016 Christmas: an online version listing the most wanted fugitives in Europe.

“More than 60 criminals appear on the Europe’s Most Wanted fugitives list. Murderers, kidnappers, terrorists, drugs traffickers, etc – all of them are convicted or suspected of extremely serious crimes,” the agency said in a statement.

It asked Europeans for their help to find them to make the EU a safer place for citizens.

“All of these criminals are on the run, fleeing from responsibility and punishment. This makes it difficult for their victims, their friends and relatives to find closure. Let’s help them and make everyone’s festive season safer by locking these criminals up before the holidays begin,” Europol said.

It’s the most wonderful time of the year ☃🎁 ❄to lock up these #EU #MostWanted criminals. Help us make Europe safer! https://t.co/ym3aDMH1Mt pic.twitter.com/VhpVT40ldZ

Help the Austrian police to catch this murderer, on the run for 21yrs 🏃 He killed a prostitute in '86 https://t.co/Xz1ZpHpuxI pic.twitter.com/JMugyAW6ZB

Europol also announced that from December 1 on, the agency will publish on its calendar web page and social media one fugitive per day wanted by a different EU member state, for 23 days until Christmas.

The calendar first published Austrian fugitive Tibor Foco, 60, who is wanted for murdering a prostitute in March 1986 and sentenced to prison for life.

He escaped from prison while on study leave in 1995, according to a video on Europol’s website. A reward of 2,900 euros ($3,000) is offered for any information leading to his successful recapture.

On November 2, the website published the second fugitive, Ukrainian Sergey Filipov Georgiev, who killed a Bulgarian national in 2011 by slitting the victim’s throat.

Europol said that since the launch of the most wanted list at the end of January 2016, 24 of the criminals included had been arrested. 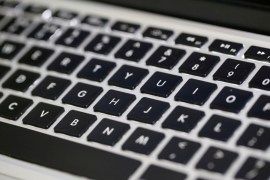 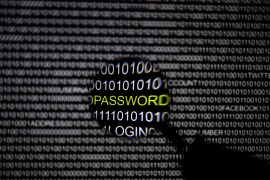 “Avalanche” launched malware infections in more than 180 countries with damages in the hundreds of millions of euros.