Kurdish authorities in northern Iraq have rejected accusations by a rights group that their forces destroyed Arab homes and forced residents from the ethnically mixed city of Kirkuk.

The UK-based Amnesty International, in a statement published on Monday, said Kurdish forces carried out a “wave of attacks” that followed an unsuccessful attack on Kirkuk by the Islamic State of Iraq and the Levant (ISIL, also known as ISIS) group in October.

Amnesty International said Peshmerga forces forcibly displaced 190 families from the villages of Qotan and Qoshkaya after the attack. Those expelled had moved to nearby villages or IDP camps in the area, it said.

Amnesty further cited testimony from Arabs, who had been accused by Kurdish officials of helping ISIL launch attacks and were later expelled from the area.

In a report released in January 2016, Amnesty accused Kurdish forces of destroying thousands of homes and attempting to uproot Arab communities.

The city is home to Kurds, Arabs, Turkmen, and Assyrians, as well as tens of thousands of people fleeing ISIL and Shia militias from other areas of Iraq.

Karwan Jamal Tahir, the KRG’s High Representative in the UK, told Al Jazeera that the Kurds had an “open door” policy and only people from areas taken back from ISIL control were asked to return home.

“It is quite surprising that we hear some dissonant voices lately on this matter,” said Tahir. “Kirkuk’s governorate hosts nearly 600,000 IDPs. This itself illustrates the fact that KRG pursues an open-door policy without discrimination for those who flee violence.

“Those who have their town or villages liberated need to go back after a good arrangement with the mayor or district mayor of the newly liberated areas.”

Tahir further argued that Kurdish authorities were simultaneously being accused of not allowing IDPs to return home and expelling them.

“Amnesty must take both sides and not tell a one-sided story. The Kurdistan region should be credited, not blamed.”

In October 2016, ISIL launched an unsuccessful surprise attack on the city in response to the ongoing Mosul offensive.

A number of the city’s Arab residents were accused of helping the fighters by giving them shelter. 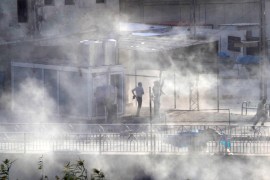 UN refugee agency says it has received reports that ISIL has seized up to 3,000 internally displaced people in Kirkuk. 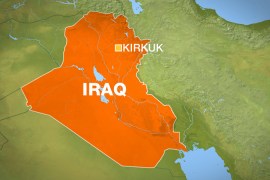