A US army air raid in Afghanistan last month killed one of the senior al-Qaeda leaders in the country, the Pentagon said.

Faruq al-Qahtani, who served as al-Qaeda’s leader for northeastern Afghanistan and had been assigned by the group’s leadership to re-establish safe havens in the country, was killed in the October 23 bombing in Kunar, Pentagon spokesman Peter Cook said on Friday in a statement.

“We can now confirm that the precision strike conducted by the US military on October 23 in Kunar, Afghanistan, resulted in the death of senior al-Qaeda leader Faruq al-Qahtani,” Cook said.

He said the Pentagon was still assessing the result of a separate air raid on the same day targeting another al-Qaeda leader in Afghanistan, Bilal al-Utaybi.

Big military offensives in Pakistan against the local Taliban have pushed hundreds of fighters across the border into Afghanistan where they seek safety in areas controlled by the Afghan Taliban. 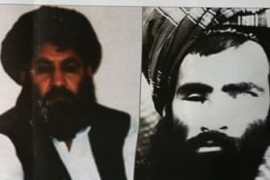 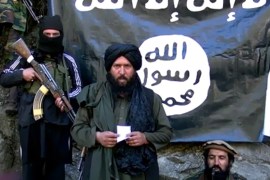 US declines to confirm Afghan claim that Hafiz Saeed and other fighters have been killed in in area bordering Pakistan.