Pakistan’s prime minister has denied holding any offshore companies during a hearing of the Panama Papers case, after a petition levelled corruption allegations against him and his family.

In a written submission to the Supreme Court, Nawaz Sharif said on Thursday that he had paid tax and declared all his assets in 2013.

The prime minister said that none of his children, who have not yet responded to the allegations, is dependent on him.

Sharif’s statement came as the Supreme Court resumed hearing the Panamagate petitions, two days after ordering the opposition to submit comments, or Terms of Reference (ToRs), to form a commission to investigate the Panama Papers leaks.

The petition filed by the Pakistan Tehreek-e-Insaf (PTI) party, led by Imran Khan, had accused Sharif and his family of corruption, demanding an investigation.

Sheikh Rasheed, of the PTI-allied Awami Muslim League, has called for an inquiry commission be formed to follow up the matter.

Another petition was filed by the Jamaat-e-Islami party demanding an investigation into all Pakistani companies named in the Panama Papers.

On Thursday, the court ordered all other petitioners and the prime minister’s council to submit their comments by Monday.

“The Supreme Court will most likely come up with a solution. It has already said that if any agreement cannot be made, the court will make its own ToRs,” Mubashir Zaidi, a veteran court reporter and current affairs anchor, told Al Jazeera.

“However, the court will need physical evidence from Panama. They will need proof. No one can be convicted based on papers. There is no legal precedent in the past where such a commission resulted in concrete findings.”

Also on Thursday, the Supreme Court ordered Sharif’s children Maryam, Hussain and Hassan Nawaz, and his son-in-law Captain Mohammad Safdar, to submit their responses by Monday.

Sherry Rehman, a prominent legislator of the opposition Pakistan Peoples Party (PPP), said: “We respect the position of the Supreme Court and its wisdom; two of our own [PPP] prime ministers have appeared before the court in the past. However, there is no substitute for parliament’s role.

“We will be pushing for parliament to make a decision on this. We are asking for the Panama Papers Inquiry Act to be passed, to make a proper transparent accountability.

“The entire investigation, if followed as per the government’s plan, could take up to 10 years. We are asking for it to start at the top. Everyone on the Panama Papers list must be investigated, but start from the top.”

Police also fired tear gas at Khan supporters before a planned rally last week to shut down the capital, Islamabad,  to press their demand for accountability of Sharif’s family.

Fights also broke out on social media between PTI supporters and Sharif’s ruling PML-N, while the government bought prime time on local TV stations to pressure Khan to “halt the damage”.

One army officer was killed when his car fell into a ditch while trying to avoid the containers blocking the road to Rawalpindi. An infant who had a breathing problem also died because the roads to hospitals were impassable.

“These protests have had a very negative impact on the economy in Pakistan,” Muhammad Zubair, minister for privatisation and chairman the Privatisation Commission, told Al Jazeera.

“In just one week, the market lost 2,500 points and the economy suffered a major setback.”

According to Zubair, several equity executives and investors who planned to be in Pakistan have postponed visits and investments.

“It will take a month or two for people to reschedule to come back here. It affects our plans, and it takes time to convince people that we have resolved our political instability.”

Khan had led thousands of his supporters in a sit-in in Islamabad in 2014 to express his rejection of Sharif’s election win. The protests, which continued for 126 days, paralysed the city but failed to topple the government.

This time, reacting to a court order issued on Tuesday, Khan replaced his call for a November 2 shutdown of Islamabad with a “thanksgiving” rally to celebrate the Supreme Court’s order.

“Mr Khan has managed to prove that either way you look at it, his “third wheel” style of politics has managed to shake up Pakistan’s incumbent and entrenched two-party system,” Wajahat Saeed Khan, a local journalist who reports on defence and security in Pakistan, told Al Jazeera.

“Mr Khan would like this to drag on as long as possible.

“So he has a public and legal forum to do what he does best – which is to take on the prime minister, his governance, his family, his cabinet, and of course his style of running the country which according to Mr Khan is more grounded in patronage than democracy.” 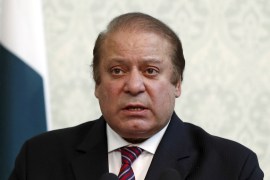 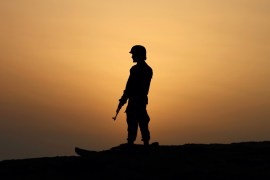 Momentum builds for Pakistan to act against corruption

Pakistan must focus on the eradication of corruption because it fuels the poverty that generates recruits for terrorism. 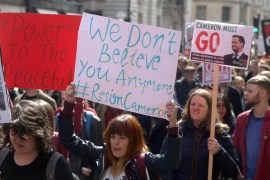