Democrat Hillary Clinton’s campaign will take part in a Wisconsin recount of votes cast in the US presidential race won by Republican Donald Trump, a campaign official said on Saturday.

Wisconsin’s election board approved, on Friday, the recount requested by Green Party candidate Jill Stein, who said she wants to guarantee the integrity of the US voting system, since computer hacking had marked the Nov. 8 election.

Marc Elias, the Clinton campaign counsel, said the campaign had not planned to seek a recount, since its own investigation had failed to turn up any sign of hacking of voting systems.

“But now that a recount has been initiated in Wisconsin, we intend to participate in order to ensure the process proceeds in a manner that is fair to all sides,” Elias said in a post on the website Medium.

Clinton’s campaign should be legally represented in Wisconsin, to be able to monitor the recount, he said.

If Stein follows through on promises for recounts in Pennsylvania and Michigan, “we will take the same approach in those states as well,” Elias said.

Wisconsin, Pennsylvania and Michigan were battleground states where Trump edged out Clinton by relatively thin margins. Although Trump won the Electoral College tally, Clinton will have won the national popular vote by more than 2 million ballots, when the final results are in.

The Wisconsin recount will include examining, by hand, the state’s nearly 3 million ballots. The recount is expected to begin late next week and faces a Dec. 13 deadline.

Stein has raised $5.8m of the $7m needed to cover fees and legal costs for recounts in the three states, according to her campaign website.

READ MORE: For some on the US left, Green Party is a strategic vote

The Wisconsin filing fee is $1.1 million, and the $500,000 filing fee has been raised for a recount in Pennsylvania, the site said. The deadline for filing in that state is Monday.

The voting margins make it highly unlikely any recounts would end up giving Clinton a win in all three states, which would be needed for the overall election result to change.

Experts urged extra scrutiny of the three states, Stein told CNN on Friday, because their voting systems were seen as vulnerable.

The Trump campaign did not have an immediate response to Elias’ statement, but earlier on Saturday called Stein’s request for a recount a “scam”.

“This recount is just a way for Jill Stein, who received less than one percent of the vote overall and wasn’t even on the ballot in many states, to fill her coffers with money, most of which she will never even spend on this ridiculous recount,” Trump said in a statement. 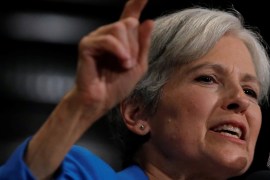 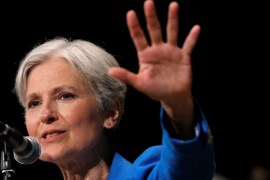 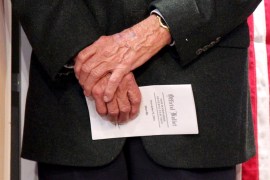 Here are the opinions you should read on the election day.