President Recep Tayyip Erdogan threatened on Friday to open Turkey’s borders to allow refugees and migrants to reach the European Union in a move that would tear up a landmark deal that has reduced the flow.

Erdogan’s comments, some of his toughest in recent times against the EU, prompted an immediate warning from Germany which helped broker the deal that such “threats” were unhelpful.

The threat came a day after the European Parliament angered Ankara by backing a freeze in EU accession talks, already hit by alarm over its crackdown following the July 15 failed coup.

“Listen to me. If you go any further, then the frontiers will be opened, bear that in mind,” Erdogan told the EU during a speech in Istanbul.

He said Brussels had cried out for help in 2015 as tens of thousands of migrants massed at Turkey’s border crossing with EU member state Bulgaria.

“You began to ask us ‘What will we do if Turkey opens its borders’?” he asked.

On March 18, Ankara and Brussels forged a deal for Turkey to halt the flow of migrants to Europe – an accord that has largely been successful in reducing the number of people crossing the Aegean Sea between Turkey and Greece.

Hundreds of people have drowned in the Aegean en route from Turkey to Greece on unseaworthy boats.

They included three-year-old Syrian Aylan Kurdi, with the images of his lifeless body washed up on a Turkish beach spurring the international community into action.

Turkey agreed to step up maritime and land border controls in exchange for incentives on its long-stalled EU membership bid, including visa-free travel for its citizens and an acceleration of accession talks.

However with an October target passing, no apparent progress on the visa issue and the accession talks stalled, Ankara has accused Brussels of failing to keep its side of the bargain.

“This deal has always been inherently fragile and dependent not only on good political relations but each side holding up their end of the deal. As time goes on, we see it becoming more and more fragile, particularly since the coup over the summer,” Elizabeth Collett, director of the Migration Policy Institute, in Brussels, told Al Jazeera.

“But one thing to remember … is that this was seen as a stop-gap measure while Europe got its house in order. Unfortunately, as the flows diminished … there’s been a reduction in political focus on this issue, which has also reduced the search for a sustainable solution in the European Union.”

In response to Erdogan’s remarks, Chancellor Angela Merkel’s spokeswoman, Ulrike Demmer, said the deal was in the interest “of all parties” and that “threats on either side are not helpful”.

“Where there are difficulties, we need to resolve them,” she added.

Erdogan said that while Turkey itself was looking after three million refugees – mainly 2.7 million Syrians who have fled the war next door – but “you [the EU] did not fulfil your promises”.

“You never acted honourably, you did not act right,” he told the bloc.

He has also accused Brussels of failing to fulfil a promise to deliver some $6.3bn in aid for refugees. The EU says the money is to be transferred gradually for individual projects and not in a single payment.

The vote by the EU Parliament reflected spiralling tensions between Ankara and the bloc after Brussels repeatedly expressed alarm over the magnitude of Turkey’s crackdown after the coup.

Almost 37,000 suspects have been arrested, and tens of thousands of others have lost their jobs since the attempted putsch.

Turkey has in turn accused Brussels of failing to show solidarity.

The parliamentary vote is non-binding and earlier this month, all EU foreign ministers – with the exception of Austria – said they were in favour of continuing the accession talks.

But analysts say the entire membership process is in deep trouble, with little hope of progress and several risk factors that could lead to its collapse.

“Realistically, moving forward is also nearly impossible … Both Brussels and Ankara remain stuck and are playing for time,” Asli Aydintasbas, of the European Council on Foreign Relations, said in a research paper published this week.

She suggested an alternative form of engagement between Turkey and the EU, other than full membership, could be agreed to save face and move forwards.

“In reality, most officials privately concede that full membership is not a possibility at this point,” she said. 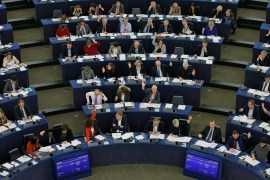 Ankara criticises vote that calls for a temporary halt to its EU membership talks over the response to failed coup bid. 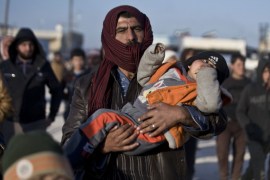 Turkey to EU: No refugee deal without visa-free travel

FM Cavusoglu says unless Turks are granted visa-free EU travel by October, deal to stem the flow of refugees is off. 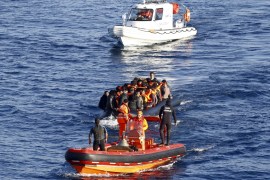