At least 44 people have been killed and 100 others injured when two passenger trains collided in Iran’s north-central province of Semnan, and the death toll is likely to rise, according to news reports and local officials.

President Hassan Rouhani ordered an acceleration of rescue efforts as well as an investigation into the cause of the deadly crash on Friday.

Iranian state television broadcast footage of the wreckage showing four derailed carriages, with two of them on fire.

Aerial images published by the IRINN news channel also showed several people and rescue vehicles near the site of the accident.

A spokesman for Iran’s Red Crescent, Mostafa Mortazavi, told the semi-official Fars news agency that firefighters were trying to control the blaze.

The crash occurred at the Haft-Khan station in the city of Shahroud, about 400km east of the capital Tehran.

The governor of Tabriz told the semi-official Tasnim news agency that the moving train had 400 passengers on board.

It was not clear how many passengers had been on the second train. Fars had earlier said 100 had been rescued.

“Out of the 400 passengers … 48 are missing. They might be hospitalised or left the area… but there is a high possibility that they were killed,” Rahim Shohratifar told Tasnim.

Fars said the cause of the crash was under investigation, but it appeared that as one of the trains was entering the station it struck another that had stopped.

“I was sleeping when the crash happened. I thought it was an air strike … When I opened my eyes, there was blood everywhere,” a hospitalised passenger said.

A local official told state TV that the remote location of the crash had slowed rescue efforts. “So far only one helicopter has reached the scene because of access difficulties,” said local Red Crescent chief Hasan Shokrollahi.

Iranian trains have been involved in four collisions this year with road vehicles, including a crash with a truck in July that left around 30 injured near the Caspian Sea in the northern province of Mazandaran.

Collisions between trains are rarer.

In the country’s deadliest rail disaster, 328 people were killed when a train transporting sulphur, petrol and fertilisers exploded in northern Iran on February 18, 2004.

Iran’s roads are notoriously deadly, mainly because drivers show scant regard for rules, with 16,000 lives lost in the Iranian year between March 2015 and March 2016.

In a sign of progress, however, an average of 28,000 deaths a year were registered on Iranian roads a decade ago. 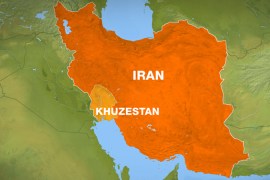 At least 24 students and two other people die after driver crashes into valley in southwestern province. 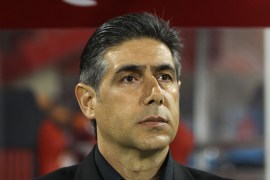 Coach draws sting out of rivalry with neighbours while hoping win over Iraq brings ‘some condolence’ to families.