German airline Lufthansa said it had made a new offer to try to break the deadlock in a long-running pay dispute with its pilots who have been on strike since Wednesday.

Lufthansa said it had offered to increase wages by 4.4 percent in two instalments, as well as a one-off payment equal to 1.8 months’ pay.

Bettina Volkens, head of human resources at the airline, said the changes would help the airline to save money.

“Members of the cockpit union have, for the past three days, been striking in various capacities. Today, it has been mainly short and perhaps medium-haul flights that have been affected. Tomorrow, although there will be fewer flights affected, they are mainly long-haul flights, which will therefore be carrying many more passengers,” said Al Jazeera’s Dominic Kane, reporting from Berlin.

There was no immediate response from the Vereinigung Cockpit union. The union wants an average annual pay increase of 3.7 percent for 5,400 pilots in Germany over a five-year period backdated to 2012.

Passengers at Frankfurt airport on Friday were running out of patience.

“It’s not pleasant,” said Lufthansa passenger Dieter Eidt, who was booked on a flight to Rome and faced a lengthy delay.

“I believe that they are demanding something that can’t be fulfilled and which is unjustified,” Eidt said of the pilots.

Lufthansa has put the cost of the stoppage at around $11m a day. However, the airline could take a longer-term hit if the strike prompts customers to shun Lufthansa and switch to rival airlines.

Travel search firm Kayak said 9 percent fewer visitors to its site on Wednesday and Thursday had opted for a Lufthansa flight compared with the previous week.

“Many people are looking for alternatives,” said Julia Stadler-Damisch, regional director at Kayak. But she said she did not expect the airline’s reputation to suffer in the long run.

Investors were not so sanguine.

Shares in Lufthansa, down more than 13 percent this year, slipped lower on Friday as investors fretted over the prospect of stoppages dragging on.

“One has to wonder how much of the last two values still remain after the strike.” 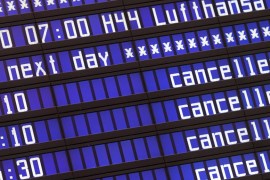 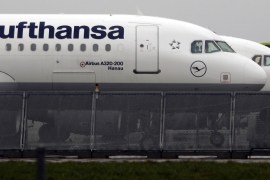 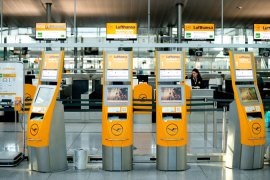