France has told businesses that goods produced in illegal Israeli settlements in the occupied Palestinian territories must be explicitly labelled, in line with a European Union motion passed late last year.

Guidelines published on a French government website late on Thursday are aimed at enforcing EU regulations on labelling goods from the West Bank, including annexed east Jerusalem, which the international community considers occupied Palestinian land, and the Golan Heights, which Israel seized from Syria in 1967.

“Under international law the Golan Heights and the West Bank, including East Jerusalem, are not part of Israel,” the advisory said.

Labelling goods simply as from the West Bank or Golan Heights without more details is “not acceptable,” it added.

Goods must be stipulated as coming from an “Israeli settlement” when that is the case, to avoid “the risk of misleading the consumer”.

Israeli settlements are illegal under international law and have been a major sticking point for peace efforts between Palestinians and Israel.

In November 2015, the EU’s executive body sparked a major diplomatic row with Israel by adopting a motion that effectively declared that products from settlements would have to be labelled as such across the bloc.

It was not immediately clear whether the notice was binding or advisory.

The move, however, drew an angry response from the Israeli government, with the foreign ministry saying it would  “encourage”  the boycott movement against Israel.

“It’s unfortunate that France, which has a law against boycotts, is advancing steps like these which can be interpreted as encouraging radical elements and the boycott movement against Israel,”  Emmanuel Nahshon,  Israel’s foreign ministry spokesman, said.

Israel sees the EU push for settlement product labelling as inspired by the BDS movement calling for a boycott, divestment and sanctions against Israel in what it says is a nonviolent struggle against Israeli occupation.

The BDS movement has made gains in recent years. US and British academic unions have endorsed boycotts, student governments at universities have made divestment proposals, and a number of churches have sold off shares in businesses seen as profiting from Israel’s occupation of the West Bank.

The BDS movement also claims responsibility for pressuring some large companies to stop or modify operations in Israel. 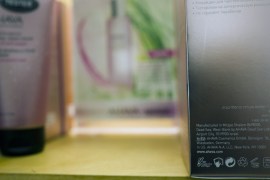