The Turkish military has said that three of its soldiers have been killed and 10 more wounded in Syria by an air strike allegedly launched by Syrian government forces.

A statement from the Turkish armed forces on its website said that the attack occurred at 3:30am local time [00:30 GMT] on Thursday.

“In the air strike assessed to have been by Syrian regime forces, three of our heroic soldiers were killed and 10 soldiers wounded, one seriously,” it said in the statement.

It did not say where the attack occurred, but Turkish news media said the location was near the northern Syrian city of Al Bab.

“If confirmed, this could be a major escalation because it would be the first time that Turkish troops have been killed in a Syrian air strike,” said Al Jazeera’s Osama Bin Javaid, reporting from Gaziantep on the Turkish side of the Turkish-Syrian border.

“The Turkish military statement says it believed so far that it was a Syrian air strike that killed its troops. But we have not had any confirmation from them after that.”

The city of Al Bab is a strategic area, which is close to the Turkish border in northern Syria en route to Raqqa and Idlib. It is one of the remaining strongholds of the Islamic State of Iraq and the Levant (ISIL, also known as ISIS).

Our correspondent added: “Earlier in the day, we heard claims from several Syrian pro-government websites saying that this attack was carried out by ISIL.”

The Turkish prime minister’s office has imposed a temporary broadcast ban on news of the attack in Syria, according to the Supreme Board of Radio and Television (RTUK).

In September, three Turkish soldiers were killed and one was wounded during clashes with ISIL fighters in northern Syria.

In August, one Turkish soldier was killed and three others were wounded in a rocket attack on a Turkish tank south of Jarablus. Turkish military blamed that attack on Kurdish YPG fighters.

At the moment, the Turkish troops are not engaged in combat with Syrian government forces.

“Turkey has a significant presence in northern Syria,” said Al Jazeera’s Javaid. “It has already cleared the town of Jarablus from ISIL and it is now moving towards the second ISIL-held city in the region, Al Bab.

After it takes Al Bab, Turkish military says its aspirations are that it will clear the whole area and it will retake the town of Manbij from SDF, the largely Kurdish force.”

Turkey views Syrian Kurdish troops as an extension of the Kurdistan Workers’ Party (PKK), an armed group that has been battling government forces in southeastern Turkey for decades. 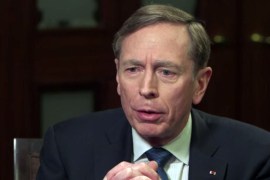 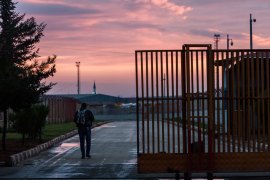