Qatar has been hit by a number of tornadoes.

The tornadoes were all relatively weak, but they were still capable of causing significant damage had they hit residential areas.

Some people are calling the twisters “gustnadoes”, which are tornadoes that form on the leading edge of a thunderstorm. Gustnadoes are usually weak and short-lived, but are still a type of tornado.

Fortunately it is not believed that anyone was injured in the storms.

More showers have already been seen in Qatar on Thursday and more prolonged rain is expected on Friday and Saturday. 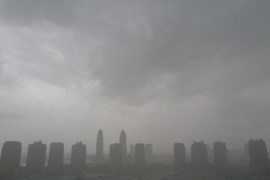