In a statement on her Twitter account on Wednesday evening, the Green Party leader said allegations of hacking by foreign states and voting anomalies made the results in Wisconsin, Michigan and Pennsylvania unreliable.

“After a decisive and painful presidential race, in which foreign agents hacked in to party databases, private email servers and voter databases in certain states, many Americans are wondering if our election results are reliable,” Stein said.

“That’s why the unexpected results of the election and reported anomalies need to be investigated before the 2016 presidential election is certified,” she added.

The three states at the centre of the recount bid are traditional Democrat strongholds – yet this time voters backed the Republican candidate.

Democrat challenger Hillary Clinton leads the popular vote by around 2.1 million ballots, but her defeat in the three states meant that she lost out on their combined 46 electoral votes that would have secured her victory overall.

Stein has already raised $3m of the $7m needed to successfully file recount applications in the three states, at the time of publication.

The possibility of electronic manipulation of ballots in some states was raised by the University of Michigan’s J Alex Halderman.

In a blog post late on Wednesday , the professor of computer science described previous alleged attempts by hackers linked to the Russian intelligence services to change ballots in Ukraine.

Halderman said the results of the election were “probably not” caused by a cyberattack, but added ballots should be scrutinised regardless.

“The only way to know whether a cyberattack changed the result is to closely examine the available physical evidence – paper ballots and voting equipment in critical states like Wisconsin, Michigan, and Pennsylvania,” Halderman wrote.

“Unfortunately, nobody is ever going to examine that evidence unless candidates in those states act now, in the next several days, to petition for recounts.”

Stein has until Friday to file a recount petition in Wisconsin and until next week for the other two states.

Trump is due to take up office on January 20. 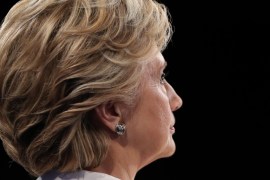 How did Hillary Clinton lose to Donald Trump?

An email scandal questioning Hillary’s charitable foundation was one of the early signs of the former First Lady’s loss. 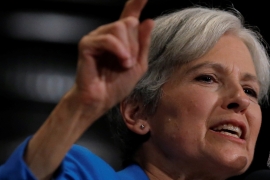