Turkey’s government has withdrawn a controversial bill that could have overturned men’s convictions for child sex assault, following an angry public backlash.

The controversial proposal sought to address whether all cases of marriage with people under the legal age of 18 should classify as “sexual assault”.

Critics feared the proposal could have legitimised the practice of men marrying girls under the age of 18, which is the age of consent in Turkey. Thousands took to the streets in protest over the weekend.

“We are taking this bill in the parliament back to the commission in order to allow for the broad consensus the president requested, and to give time for the opposition parties to develop their proposals,” Yildirim said at a news conference in Istanbul.

“This commission will evaluate and take into account all sides and surely a solution will be found.”

The proposal was scheduled to undergo a final vote on Tuesday and would have deferred sentencing or punishment for sexual assault in cases where there was no physical force and where the victim and perpetrator were married.

The government said it would now submit the proposal for review to a parliamentary committee.

Courts in Turkey permit civil marriages for people as young as 16, and many younger people are also married in Islamic ceremonies.

The government has argued of the need to redress “unfair treatment” of families where fathers were placed in jail for marrying girls under the age of 18 – even if both the bride and groom, as well as their parents, consented.

Opponents argued that the bill could also amount to a pardon for statutory rape, if the perpetrator was married to his victim, and would disrupt efforts to prevent child marriages and sexual assault on people under 18-years-old.

Yildirim’s comments came after President Recep Tayyip Erdogan told the state-run Anadolu Agency late on Monday that a broad consensus on the issue should be sought.

The main opposition Republican People’s Party had called for the bill to be withdrawn and vowed to go as far as the constitutional court to block it.

The government has insisted it was committed to fighting child marriages, but said the one-time measure was needed to help some 3,800 families where underage marriages had occurred according to customs.

“We cannot ignore this [problem],” Yildirim said. “There are 3,800 cases and thousands of children. The children are paying the price of their parents’ mistakes.”

The bill’s withdrawal marks a rare concession to popular opposition by the ruling Justice and Development Party. 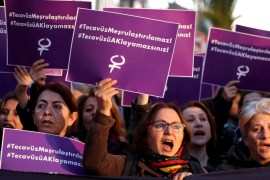 Thousands march against the bill seeking to overturn men’s convictions for child sex assaults if they marry victims. 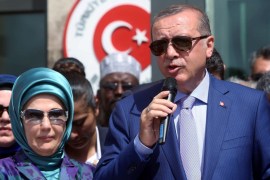 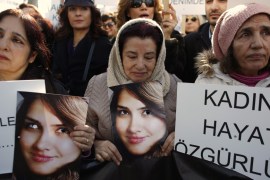