Two Qatari women were held up on a Paris highway and robbed of valuables worth more than five million euro ($5.3m) north of Paris, according to French police.

The women, in their 60s, had just left Le Bourget airport northeast of the capital on Monday when their chauffeur-driven Bentley was held up by masked men who sprayed them with tear gas, a police source told AFP news agency on Tuesday.

The robbers stole “everything in the vehicle: jewels, clothes, luggage”, the source said.

The French driver, who works for the women on a regular basis, reported the incident to police.

A police official told the Associated Press news agency the robbers were in a car which forced the Bentley off the highway and then to stop in an emergency zone.

The sisters’ names were not released.

Earlier this month, Bollywood actress Mallika Sherawat and partner Cyrille Auxenfans were the targets of a robbery attempt, also involving tear gas, in their home in a wealthy area of Paris. The robbers fled empty-handed.

In 2014, a Saudi prince’s diplomatic convoy was ambushed in a heist similar to Monday’s one, as it headed to Le Bourget airport, commonly used for private jets.

The attack on the Qatari women took place on a section of motorway leading north from Paris to the Charles de Gaulle and Le Bourget airports, which is often the scene of hold-ups targeting wealthy foreigners in luxury cars, some of whom carry large amounts of cash.

The robbers often take advantage of traffic jams near the Landy tunnel, which is some 1.3km long, to pounce.

The incidents have done little to help efforts by the government to coax tourists back to France after the November 2015 attacks in which 130 people died, followed by the Bastille Day lorry massacre in southern city Nice that killed 86.

In the Paris area alone, tourism revenue is expected to plunge by $1.6bn this year.

Security has been stepped up around tourist magnets in Paris in response to the high-profile robberies. 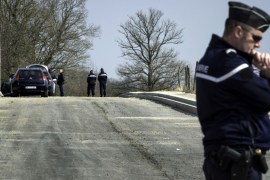 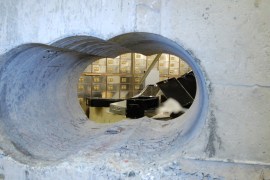 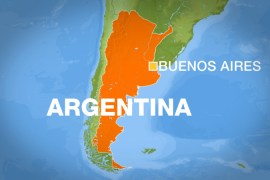