The Saudi-led military coalition fighting in Yemen will not renew a two-day ceasefire in the ongoing war, a spokesperson has told the al-Arabiya TV network.

The 48-hour ceasefire, which led to a pause in nearly two years of fighting, was unilaterally announced by the Saudi coalition on Friday, but it failed to halt the fighting between the coalition and the Iran-aligned Houthi fighters in the war-ravaged country.

Each side has blamed the other for violating the ceasefire.

The 20-month conflict has killed more than 10,000 people and displaced more than three million.

Residents in the capital Sanaa said that Saudi-led coalition jets had bombed army bases on a mountain overlooking the city earlier on Monday, and the force of the explosions had shaken buildings in several city neighbourhoods.

READ MORE: Yemen – The war and the ongoing media divide

Sanaa is controlled by the Houthis, who still hold vast swaths of Yemen. Despite Saudi-led forces gaining territory from the northern Yemeni rebels, they have not succeeded in restoring Hadi to power.

Major General Ahmed Asseri, the coalition spokesman, told Al Jazeera on Sunday from Riyadh that air raids had been launched in response to violations by the Houthi rebels who control most of Yemen.

Rajeh Badi, a spokesman for Yemen’s exiled government, declined to comment on the proposed deployment of observers but said Houthi violations had made extending the truce meaningless.

A spokesman for Yemen’s pro-Houthi military said in a statement that coalition and pro-Hadi forces had violated the truce 114 times and that its forces had “reserved the right to respond to violations and abuses of aggression”.

Visiting neighbouring Oman last Tuesday, the US Secretary of State John Kerry announced that both sides had agreed to a deal whereby the Houthis would quit Yemen’s major cities and the factions would form a national unity government.

But Hadi’s government rejected the announcement that the warring parties had agreed to an open-ended truce and to work towards forming a joint government.

It said it was not consulted about the accord and objected to demands that the Houthis withdraw from cities they had captured since 2014.

The Houthis have also said the ceasefire was designed to undermine the agreement reached in Oman. 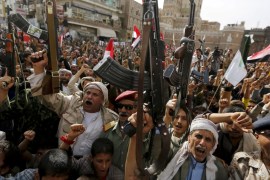 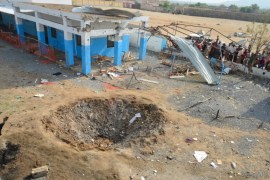