The police killing of eight prisoners after their alleged escape from a high-security jail in central India was “a cold-blooded murder”, according to their lawyer, while opposition leaders and activists said the encounter between the inmates and the security forces may have been “faked”.

Perwez Alam, the lawyer who represented seven out of eight prisoners killed on Monday, told Al Jazeera that he believes the prison break and the following deadly incident was staged by the authorities.

“It is a fake encounter, a cold-blooded murder. It was pre-planned murder and I believe they did not escape the jail, but they were made to flee by the police,” he said on Tuesday.

“I am going to petition the High Court for a judicial inquiry or investigation by the central bureau of investigation.”

Authorities in the state of Madhya Pradesh said on Monday that the men, suspected of being members of the outlawed Students Islamic Movement of India (SIMI), were shot dead on the outskirts of the city of Bhopal. They had slit the throat of a guard and escaped the high-security Bhopal Central Jail by scaling the facility’s walls with knotted bedsheets, according to officials.

It's a truly patriotic responsibility to probe an encounter when it looks fake. Lost faith in the system's lot more damaging than 800 #SIMI https://t.co/KsqgyaQ7ar

Yogesh Choudhary, Bhopal’s inspector general of police, initially said that the men were unarmed but were killed after resisting efforts to be returned to custody. Choudhary later changed his account and told reporters that “they had weapons and cross-firing took place”.

Video recordings of the encounter between the police officers and the prisoners, however, showed crude weapons lying next to the bodies, triggering scepticism in some quarters about the police version of events.

REPORTER’S NOTEBOOK: Most undertrials in India are Dalits, Muslims and tribals

In one of the videos, which were shared on social media on Monday, some of the escaped prisoners are seen standing on a hilltop with raised hands.

One officer is heard saying, “They are trying to talk to us”.

In another video, a plain-clothed man is seen pulling out what looks like a brand new knife from the waistband of one of the bodies.

“The purported video which has surfaced in the public space raises very disturbing questions as to whether the encounter was genuine or fake,” Congress leader Manish Tewari told the Indian Express on Tuesday.

“It also raises the equally pertinent question with regard to the alleged jailbreak.”

Indian newspapers also questioned the veracity of the police version of events, and asked how eight “unarmed” prisoners managed to escape from a high-security facility with over 9-metre high walls and a multi-layered security system.

No answers were offered by officials on how the prisoners got past the surveillance and why the cameras in the prison were not functional at the time of the jailbreak, they said.

“It is an ISO certified jail which means it is high-tech and CCTV cameras are mounted in every corner of the prison building,” Alam, the lawyer, told Al Jazeera.

“Why are not the police disclosing the CCTV footage? Now they are saying the CCTV cameras were not functioning. That does not sound convincing.”

The police said the alleged “encounter” in which the men were killed took place about eight hours after the jailbreak and 15km away from the prison.

An “encounter” is an euphemism used in India to describe killings by the police or the armed forces of suspects in gun battles. But civil rights activists argue that in many cases, “encounters” are simply extrajudicial killings by the security forces who want to bypass India’s laws and slow-functioning judiciary.

Indian authorities have accused SIMI of carrying out several deadly bombings and of having links with armed groups based in Pakistan.

Police blamed the group for the serial bombing of Mumbai commuter trains in 2006 which killed 187 people, as well as bomb attacks in New Delhi.

The government banned the group in 2001 in the aftermath of the September 11 attacks in New York and Washington.

But in India, membership of a banned organisation is not a crime, according to the Supreme Court.

The Supreme Court had ruled in 2011 that mere membership of a banned group “does not make a person criminal unless he or she resorts to violence or incites people to violence”.

OPINION: Are India’s Muslims a minority?

The escaped prisoners who were killed during Monday’s encounter had not yet been convicted of any crime, and were under trial for crimes relating to the Unlawful Activities act.

Their lawyer said the police was “deliberately postponing their trial” because they knew that his clients may had been acquitted.

“Had my clients been acquitted, the police investigation would have been questioned. The police did not want this,” Alam said. “The trial was running for the past six years and the police was deliberately delaying the case.” 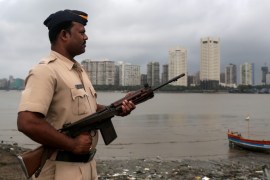 India: More than half of undertrials are Dalits, Muslims and tribals

More than 55 percent of undertrials in India are either Muslims, Dalits or tribals, according to official data. 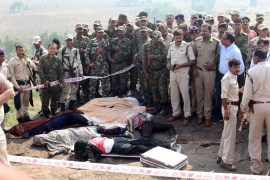