About 50 refugees have escaped from a repatriation centre in central Istanbul after starting a fire inside the building, according to Turkish media.

The men, most of them reportedly from Afghanistan and Pakistan, burned furniture on the third floor of the building in Kumkapi district protesting about poor living conditions, the Turkish national daily Hurriyet said on Saturday.

Video footage from the scene, published online by Turkey’s state-run Anadolu agency, showed refugees taking advantage of the commotion caused by the fire, with dozens of them bursting open the building’s main gate and scattering into the district’s back streets.

Police and fire fighters were immediately dispatched to the scene.

Authorities said that they had started an investigation into the incident.

Turkey currently houses 2,764,500 registered Syrian refugees, according to the latest UNHCR statistics. The country is also believed to be home to thousands of other registered and unregistered migrants and refugees from countries such Iran, Iraq, Afghanistan, Pakistan.

The European Union, faced with its worst refugee crisis since World War II, signed a controversial deal with Turkey in March, in which the country agreed to take back Syrian asylum seekers from Greece in return for billions of euros in aid. 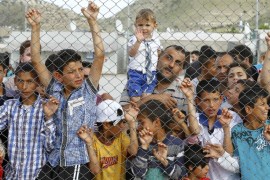 EU to issue pre-paid cash cards for refugees in Turkey

Massive EU programme will provide refugees with debit cards holding $33.50 a month to use for their daily needs. 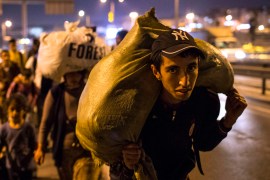