In a recent, controversial interview with Al-Quds newspaper, Israeli defence minister Avigdor Lieberman vowed that the next war on the Gaza Strip would be the last. Was this just bluster, or does it represent a shift in Israeli strategy towards Gaza and Hamas?

Analysts are divided. “No one has a clear-cut answer about this,” Adnan Abu-Amer, political commentator and Dean of the Faculty of Arts at Gaza’s Al-Ummah University, told Al Jazeera. But if there is a war, he continued, “it will be fiercer than ever, and Israel won’t let it last 51 days”.

Lieberman made the same promise in June, before his latest ministerial appointment, and was criticised by those Israeli military analysts who believe talk of a knockout blow to be “a deep misunderstanding of the Hamas-Israel confrontation”.

In August, Hamas spokesman Sami Abu Zuhri dismissed “the consecutive Israeli threats against Gaza claiming that the upcoming war will be the last” as “mere media propaganda and factional biddings between the government and the [parliamentary] opposition in Israel”.

Writing after the Al-Quds interview, however, former Israeli military intelligence officer Yossi Alpher claimed that Lieberman’s rhetoric “must be understood as a major update of Israel’s Gaza strategy: No more periodic ‘mowing the lawn’ and grabbing at the first offer of a ceasefire.”

doesn’t need a war; Israeli policies are enough to weaken Hamas and PA at the same time.”]

Meanwhile, Lieberman’s remarks came in the context of a clear tightening of a number of Israeli-imposed restrictions on the Gaza Strip, including a drop in the number of exit permits for traders, medical patients, and NGO employees – including United Nations staff. Even Palestinian Authority officials responsible for coordinating exit permits have had their exit permits rescinded.

According to data published by Israeli NGO Gisha, the number of exits of Palestinians via Erez Crossing fell to 11,050 in September, down from the previous month’s total of 13,447 (and compared to a monthly average in 2015 of 14,276).

The monthly average before September 2000 was more than half a million.

Similarly, there was a drop in the entrance of goods via Kerem Shalom in September – 9,731 truckloads (including fuel, petrol, and construction materials), down from 13,089 in August. Meanwhile, a mere 152 truckloads of goods exited Gaza during September (19 percent of 2005 levels).

Earlier this month, an official at the Gaza Chamber of Commerce and Industry said the current situation is “the worst ever”. Lieberman has also instructed the military to clamp down on attempts to bring in restricted dual-use items, a list including items whose use is “critical for civilian life”.

According to Wafa’ Abdel Rahman, director of a media NGO, such measures are signs that Lieberman has launched “a soft, unseen war”. “He is tightening the siege on Gaza at the same time as going ahead with his ‘carrot and stick’ plan in which he declared there was no need for the Palestinian Authority (PA) and that he will be dealing with Palestinians directly.

“He [Lieberman] doesn’t need a war; Israeli policies are enough to weaken Hamas and PA at the same time.”

For Israeli journalist Noam Sheizaf, “another thing to consider is the [yet another] shift to the right the political system took after the elections”. Policy decisions in 2016 should thus be understood in the context of “a very right-wing, nationalistic government, that wants to deliver on its promises for tougher measures against the Palestinians”.

With regard to Hamas, the organisation is neither “interested [nor] even ready” for a new war, said Abdel Rahman. “Hamas has realised that governing is very costly, because it is not only about providing security, but also providing services.” Citing growing criticism of its conduct even among supporters, Abdel Rahman believes Hamas “will do its best to avoid any war”, and “count on external factors which might change in its favour”.

On the other hand, Abu-Amer points out that the “political and economic crisis” being experienced by Hamas, both regionally and closer to home, could also lead to war “on the basis of creating a new crisis to get rid of an existing one”, but notes that this would “not be easy for Hamas and the Palestinians and there is no certain outcome expected”.

It is also possible that a more serious escalation could take place unintentionally: Israeli forces continue to cause casualties among Palestinian protesters and fishermen in Gaza, as well as striking Hamas positions in response to sporadic rocket fire from Salafist groups. A miscalculation could create its own momentum towards war.

Sheizaf told Al Jazeera that while he is unsure whether Israel wants to conquer and control Gaza again, “the weakness of Hamas is probably making some people sense an opportunity”. He said: “Add that to all the talks about the day after Abbas and you’ll see why Israeli officials feel that some of the pieces that held the status quo in the last decade are in motion, and that it’s time for Israel to take a much more proactive approach on all fronts.”

Whether war comes about by accident or design, it is clear that Israel is not prepared to tolerate another drawn-out conflict. Amos Yadlin, a former director of Israel’s military intelligence, recently warned against “slid[ing] again into an unplanned confrontation, as in Operation Protective Edge”, which ended “with no change in the strategic situation”. 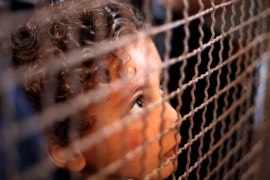