As if to prove the point that 2016 is heading to replace last year as the hottest on record, it is still too warm to ski in Alberta, in the Canadian Rockies.

As reported on CBC News, “The cancellation of the men’s World Cup downhill races at Lake Louise later this month due to lack of snow could be a sign of things to come, with a tourism expert predicting climate change could lead to some resorts being forced to make all of their snow in about a decade.”

According to Kirk Torneby, an environment and climate change meteorologist in Canada, the average temperature so far in November for the Banff area is 5.9C, which is a full 10 degrees warmer than the November daily average from 1971 to 2000 of -4.1C.

So far this month, Banff has seen less than 2cm of snow compared with the average November snowfall between 1971 and 2000 of 32.3cm.

The ski resorts are not alone in being far warmer than is expected. The city of Winnipeg, the capital and largest city of the province of Manitoba in Canada, has spent almost the entire month above freezing.

The coldest night, that of November 11, was about the same temperature as a normal day-time high.

Winnipeg’s November average for a day is -0.5C, but no day has been anywhere near this cold: on November 5 and November 10 the thermometer hit 19C. The coldest night, at -1C, barely registered even as a frosty night.

South of the border, in the US Plains, it has been equally abnormally warm.

Even in the city of Denver, Colorado, at 1600 metres above sea level on the High Plains, November has been remarkable. No night has reached the average chill of -4C and on Thursday the record high of 27C was equalled.

Down in Texas, a state used to heat, only one November day has failed to reach the average of 20C. Two days have hit 31C, just short of the standing record of 32C.

Even in the Upper Midwest, famous for cold and snowy winters, November hasn’t even registered a frost in Minneapolis.

There should, on average, be five snowy days – there has obviously been none so far.

There is a flood of cold air now coming across North America and the last week looks as though it will be closer to normal. However, there is no indication that these nearer-normal conditions will last into December. 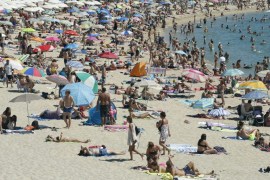 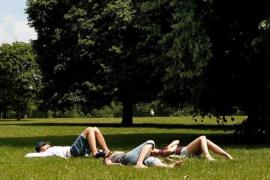 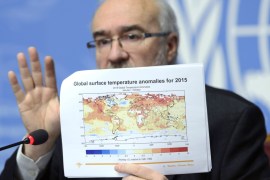 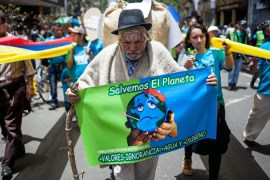 Thousands of people across the world joined together to raise awareness for climate change.