Forest fires have broken out very close to the Chilean capital Santiago, leading to the evacuation of dozens of residents.

Onemi, the emergency service agency, said the fire was approaching houses, advancing rapidly owing to the direction of the wind.

The fire broke out on Monday, and firefighters are still working to keep the flames from reaching homes of the residents in a hilly neighbourhood surrounded by dry pasture land.

“The work, now being coordinated by firefighters, is aimed at protecting the housing sector. The work on the hill is going to be done tomorrow, with five brigades [of workers] from the National Forest Corporation and five helicopters we are going to use in this sector,” Orrego said.

Dozens of residents were seen out in the streets at night in the residential areas of Pudahuel and Maipu, gathering water and other equipment to combat the fire.

‘Yet to be controlled’

The fire and smoke, which could be seen from several areas in Santiago, was yet to be controlled, according to the fire commander of Quinta Normal community, Arnaldo Godoy.

“It [the fire] has yet to be controlled,” he said.

“We still have live flames and this, unfortunately, depends on the wind. There was a minute when the wind changed [direction] and unfortunately, a water supply unit caught fire.”

Mayor Orrego lamented on Twitter that the fire had affected La Plata ravine in Maipu, a micro-basin that shelters 1,500 endemic species, and that only six hours earlier had been officially declared a Sanctuary of Nature by the Council of Ministers of the Environment.

Forest fires are common in Chile and have been particularly savage this year after a hot, dry summer. 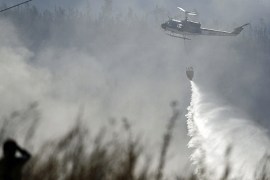 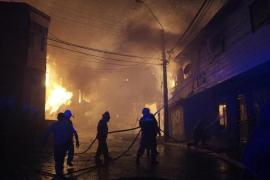 10,000 evacuated as Chile wildfire flares up 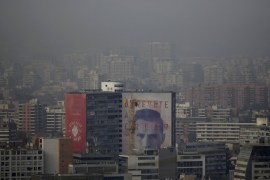