A US judge has ordered the FBI, CIA, and NSA to turn over any potential evidence they spied on Occupy Philadelphia protesters.

The American agencies have 60 days to comply with the order from Senior US District Judge Berle Schiller. The order follows another right-to-know case that revealed the FBI was monitoring Occupy Wall Street activities in New York and spin-off efforts from Florida to Alaska.

Civil rights lawyer Paul Hetznecker hopes to learn if the agencies spied on demonstrators who camped outside Philadelphia City Hall for seven weeks in 2011 to protest against income inequality.

“The government should not be investigating its citizens simply because they’ve raised their voices in dissent, whether it’s against government or corporate policy,” Hetznecker said on Tuesday.

The FBI has turned over seven redacted pages in response to his right-to-know lawsuit.

The judge plans to review the unredacted FBI document and information from the CIA and NSA to determine if the material should be made public.

A right-to-know request filed by the Partnership for Civil Justice Fund in 2012 led the FBI to disclose its efforts to monitor Occupy Wall Street activities.

The documents released showed the FBI sharing information about Occupy’s plans with banks, businesses, and police, even as it acknowledged the protesters’ non-violent mission.

The US Attorney’s Office in Philadelphia, which is defending the government, declined to comment on the pending case. The Philadelphia Inquirer newspaper first reported Tuesday on Schiller’s order late last week.

The Occupy Wall Street movement began in New York and spread to cities across the country. 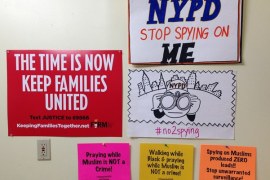 Collect it all: America’s surveillance state

Fault Lines investigates the fallout over the NSA’s surveillance programme in the US and abroad. 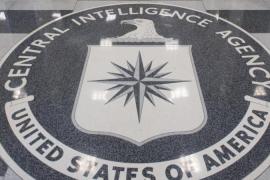 CIA apologises for spying on Senate

Agency admits agents did not have permission to access computers of US Senate officials investigating CIA torture.